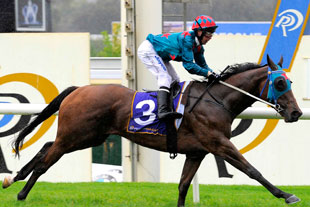 By deanNovember 9, 2011General
No Comments 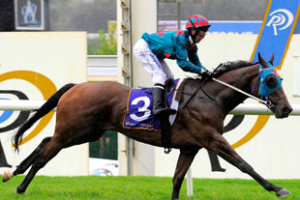 Ron’s Call emerged as the horse to beat in the upcoming WA Guineas after he demolished his rivals in listed Fairetha Stakes (1400m) at Ascot on the weekend. Ridden just behind the leaders, Ron’s Call gained an inside run approaching the turn and no sooner he’d taken the lead than he bounded away from his rivals for one of the day’s most impressive wins in the country. The exciting three-year-old has now strung together four straight wins for red hot Ascot based trainer Simon Miller. “That was very rewarding today,” Miller said following the hollow four length success.  “We were super super confident today coming into this race and then I had a look at King Saul in the mounting yard and he looked the one to beat.”  “My horse has come a long way since being very shabby at Northam – he’s  still got a lot of improvement in him.”  “I’ve always had a big wrap on this horse. Everything he does is very freakish at home.” “He’s still a work in progress and if we could ride him a few pairs back, he’d be even better again – he’s got a dynamic sprint.” “It’s so exciting. I haven’t got to the bottom of this guy and horses race at their best when their coats look outstanding and this guys got a way to go there yet,” Miller added.

Ron’s Call was bred by Nathan Tinkler’s Patinack Farm, and is from the unraced Red Ransom mare Kooroora Blue – a half sister to multiple Melbourne stakes winner Torumba.