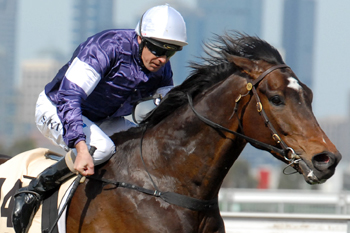 By deanOctober 11, 2011General
No Comments 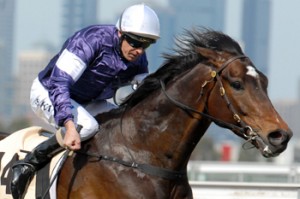 Many breeders hope to be able to buy the dam of one stakes winner in their lifetime. Damon Gabbedy achieved the unique feat of buying the dams of three stakes winners in a three-week period recently.

Niblick (pictured left) (5 g Encosta de Lago – Leica Vista, by Sir Tristram) lived up his considerable promise with an impressive win in the Sofitel Stakes (Listed) over 1800m at Flemington on September 3. As her name suggests, Leica Vista is a member of the famous ‘Leica’ family.

“La Melba was a particularly good buy for just $14,000 at the Easter Broodmare Sale and she was in foal to Strategic, she since foaled a lovely Strategic filly & is due this season to Yarradales resident sire Discorsi.
We also purchased her Street Sense weanling filly at the Great Southern Sale in Melbourne for $40,000 & Ron reoffered her at his unique Yarradale Stud yearling sale where she was snapped up by lucky owner Keith Biggs for $180,000, a huge result for a pinhook.

Then Lamasery (5 g Commands – Verse, by Quest For Fame) completed a memorable hat-trick when winning the Colin Stephen Handicap (Gr 3) on September 24.

“Verse is looking a very nice mare to own now, especially after Lamasery was Group 1 placed in the Metropolitan last Saturday,” Gabbedy explains. “She was bought her for $30,000 in foal to Hard Spun at the 2010 Magic Millions Broodmare sale.
Verse produced a cracking colt by Hard Spun & is in foal to another of Yarradales stallion in De Troy.

Leica Vista was the most expensive of the trio at $150,000, in foal to proven Group 1 sire Rock Of Gibraltar, but, as Gabbedy points out, the reasoning behind her purchase was sound. “Niblick himself sold for $220,000 as a yearling and she has also produced yearlings that sold for $450,000 and $125,000.”
Leica Vista has produced a filly in 2010 by Swettenham Studs sire Soldiers Tale.

A half-sister to the Sandown Guineas winner Moon Dragon, Leica Vista is by the champion sire Sir Tristram.

“There are good mares out there to buy and as long as you do your homework then the chances of buying a mare at auction that can turn out to be the dam of a stakes winner is always there. Congratulations to Ron Syaers & all the team at Yarradale as they now have some very valuable broodmares amongst their ever increasing broodmare band.”