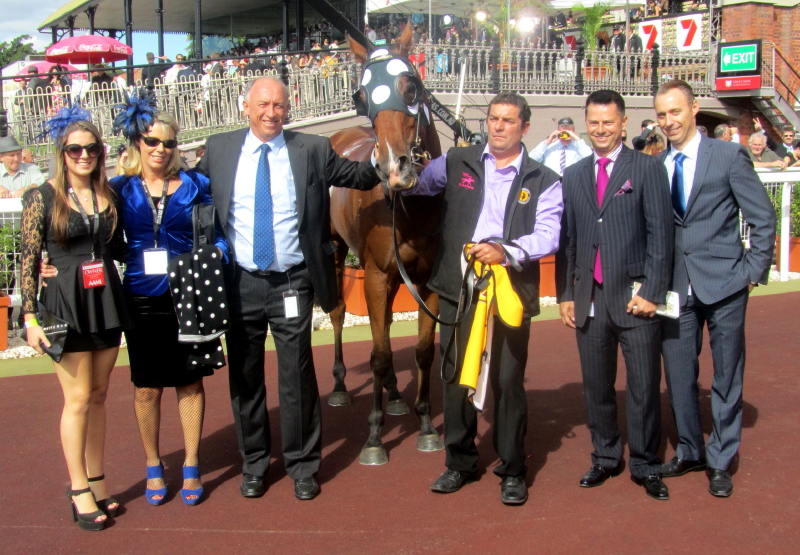 ANOTHER STAKES WIN AND SPRING HOPES FOR SOLZHENITSYN 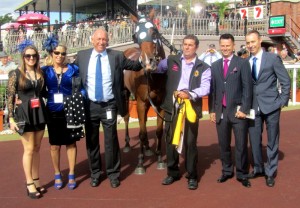 The disappointment of missing out on a run in The Stradbroke Handicap was made up for when Solzhenisyn won The Listed Strawberry Road Handicap at Eagle Fram on Saturday.

Damon Gabbedy of Belmont Bloodstock who is a part owner in the St Petersburg gelding was at Eagle Farm on Saturday to witness the win.  Damon was very excited about Solzhenitsyn’s third straight victory and he is looking forward to Solzhenitsyn coming to Melbourne for the spring carnival.

Australia’s weight-for-age championship, the Group One Cox Plate at Moonee Valley in October, could be a surprise mission for Solzhenitsyn following the gelding’s explosive Eagle Farm victory.

“I may go to the Tatt’s Mile with him next start or he could go for a spell,” Heathcote said.

“But ultimately his mission will be in Melbourne for the (Group One) Emirates at Flemington.

“But I’m going to say something silly. I’m not ruling out the Cox Plate.”

Heathcote admitted he had concerns when Solzhenitsyn was near the tail of the field and caught three wide.

“There was probably too much pressure early on but I admit I didn’t think he would get that far back,” he said.

“He looked really strong on the line though.

“He’s been going forward in his previous races but he had better draws then and today he was wide so Michael (Rodd) went back on him.”

Heathcote has always had a big opinion of Solzhenitsyn, who took his record to nine wins from 21 starts after being a scratching from the Group One Stradbroke Handicap when he failed to obtain a run from fourth emergency. 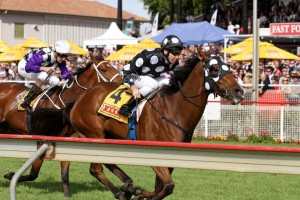