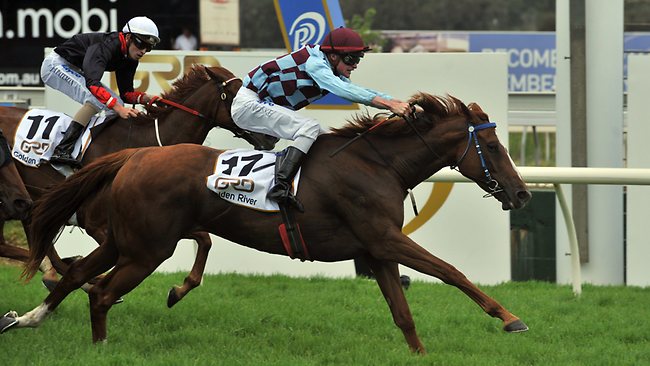 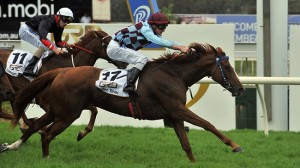 Talent Show (Juene x OregonSeal) was victorious in the Group 2 Perth Cup on New Years Day.  The mare was purchased at Inglis Melbourne Premier for $100,000 by Belmont Bloodstock on behalf of long time client Bob Peters.  Unfortunately for Peters, he sold Talent Show in 2011, it is his policy to sell a certain number of horses each year.

Talent Show, prepared and now owned by Graeme Ballantyne – the father of Fremantle Dockers footballer Hayden Ballantyne, was given little chance by punters and at $48.90 and $9.90, started one of the rank outsiders in the field of 16.

The daughter of Melbourne Cup champion Jeune was first emergency for the cup and only gained a reprieve when Chester   Road was forced out with a tendon injury.

“It was tragic for connections of Chester Road and his trainer Adam Durrant but unfortunately that’s racing,” Ballantyne said.

Talent Show’s Perth Cup win was her first in eight starts this preparation but the Lark Hill trainer said her form was better than what it appeared.
The six-year-old ran a fast-finishing fourth behind Mr Moet at her previous outing in the CB Cox Stakes (2100m) on December 21.

“It was a really good run at weight-for-age, which is not her caper,” Ballantyne said.

“Earlier in her campaign she had bad draws and was caught wide in running.”