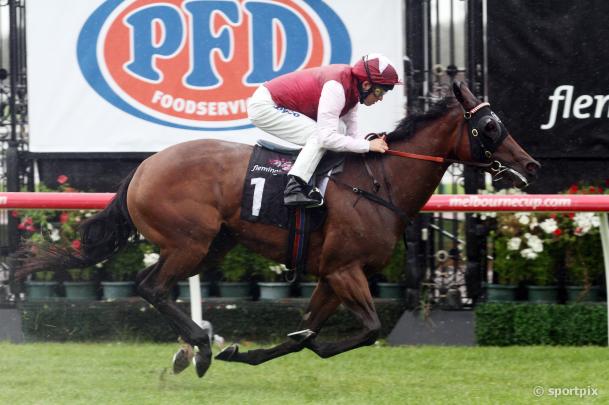 By deanMarch 5, 2012General
No Comments 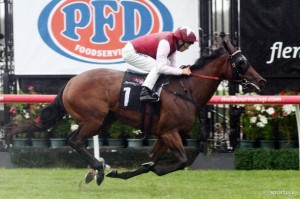 There were some very happy Belmont Bloodstock customers on the weekend after mares that Damon had previously purchased for them had progeny win at Caulfield and Rosehill over the weekend.

Raspberries (Lonhro) was victorious in the Group 3 PFD Food Services Plate at Caulfield on Saturday.  Raspberries’ dam La Melba was acquired by Belmont Bloodstock from Darley in foal to Strategic for $14,000 at the Inglis Broodmare sale in 2010.  She was purchased on behalf of Yarradale Stud’s Ron Sayers.  La Melba has a yearling filly by Strategic who will be offered at Yarradale Stud’s yearling sale in May.  La Melba has a colt at foot by Yarradale Stud’s son of Galileo Discorsi and is in foal to another Yarradale’s proven stallion War Chant, winner of the Breeders Cup Mile.

Detours (Ad Valorem) won a 3YO 1400m Handicap at Rosehill.  The victory was the fillies third city win for trainer Peter Snowden.  Detours is the second living foal from Octagonal mare Hairpin.

Detours was unraced at the time of Hairpins purchase so her 3 city wins & valuable Group placings have added to her value,  Belmont Bloodstock purchased Hairpin from the 2010 Magic Millions National Broodmare sale for David & Brian Toole of Kambula Stud South Australia.  Detours has a yearling colt by Exceed and Excel and is in foal to Widden Studs  Blue Diamond winner Star Witness.

Interesting to note that both mares were sold by Darley as part of their reduction of huge mare numbers after taking over the Woodlands empire.