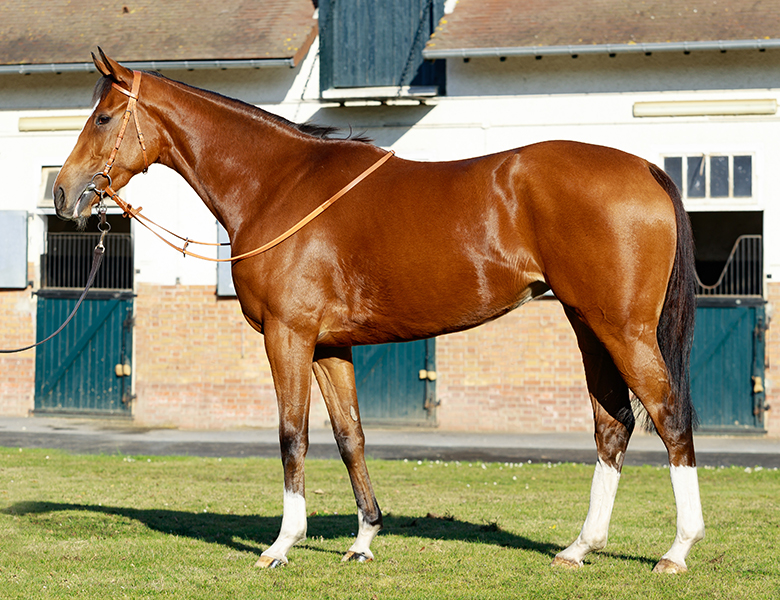 As always, Damon and Sally were most excited to get to Deauville for the December Sale.

The catalogue, the setting and the warm French hospitality make the Arqana December Sale one that they just can’t wait to get to.

Belmont Bloodstock were successful in securing 6 lots which we will detail below.

A daughter of s champion stallion that needs absolutely no introduction- Redoute’s Choice.  Redoute’s Choice mares to us are the ultimate and being able to secure one with a desirable European pedigree is a major bonus.  Libre A Vous is an unraced half sister to Group 1 winner FRENCH FIFTEEN as well as Listed winner NIGHT RUN and stakes performed Supermensch.  She is in foal for the first time to a stallion with massive upside OLYMPIC GLORY whose 2YO’s are making an impression worldwide.  This young mare will foal down in the UK before plans for her future are decided.

Not a mare but a weanling filly who has been named which is common in Europe- breeders like to name their foals prior to sale.  Girl On The Moon is a daughter of WOOTTON BASSETT a stallion we love and is whose star continues to rise in Europe.  He started from a low base at 6,000 Euros and from very small books he proved himself as a serious stallion, siring Champion colt ALMANZOUR & exciting filly WOOTTON. He now stands in 2019 for 40,000 Euro at leading French farm Haras d’Etreham.  His 2018 2YO crop of 2018 numbers only 40 and it already includes Gr.3 winner THE BLACK ALBUM and classic prospect Beat le Bon  & Listed winner AMILCAR so as you can see the future is very bright for WOOTTON BASSETT.  This filly is a stunning, athletic individual who will furnish into a top class yearling and as such she will remain in France and be resold at an Arqana Yearling Sale in 2018.  She’s the first venture for a newly formed pinhooking partnership and they are very excited for what is to come with this filly. 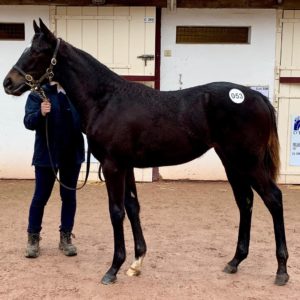 This was a unique opportunity to purchase a mare in foal to Champion French stallion SIYOUNI bred southern hemisphere time.  SIYOUNI who stands at The Aga Khan Studs has made a huge impact in Europe as well as in Australia,  His son ALYMERTON was a leading contender in the 2018 Golden Slipper.  Having a southern hemisphere foaled SIYOUNI is going to be a huge assett to Robert Crabtree’s Dorrington Farm- the purchaser of this daughter of Invincible Spirit.  She is closely related to multiple Gr. 1 winner MOONLIGHT CLOUD who nearly broke Australia’s heart when almost beating BLACK CAVIAR. 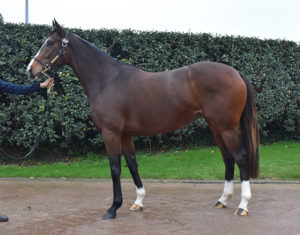 A daughter of Sinndar out of a Barathea mare out of a Woodman mare- great blood!  Purchased from The Aga Khan Studs, this ,mare is a half sister to 3 stakes winners CANDARILYA Gr.3 winner, CANESSAR & CANNDERA.  Her mother has 2 fillies still to run and this Aga Khan families traditionally explode and continue to prosper for generations.

By Invincible Spirit who is becoming extremely influential in Australia, Zanibar is a winner at 1600m.  She is out of multiple stakeswinner FLASH DANCE and a full sister to multiple stakeswinner ENLIGHTENED.  Purchased from distinguished breeders Wertheimer & Frere, she hails from a very active family that will be nutured.  Zanibar will join the broodmare band of Victorian farm Woodside Park.  Woodside Park have great belief in investing in established and active European families and have been great supporters of the Arqana Sale.  Zanibar likely visits champion stallion Written Tycoon for her maiden mating.

Another from Wetheimer & Frere for Woodside Park, like we said Woodside love these pedigrees.  Standing Up is stakes performed, she was 3rd in La Teste Prix Occitaine.  She’s by Motivator and a half sister to stakes performed Cosmique.  It’s the family of Group 1 winners Anabaa Blue and Tamayuz. 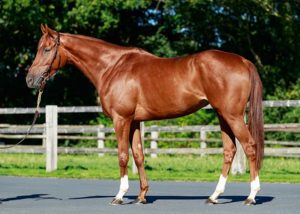