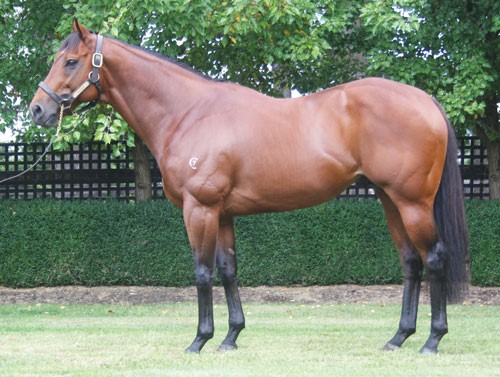 By Sally WilliamsJanuary 26, 2017General
No Comments

“I chatted with Damon Gabbedy of Belmont Bloodstock on the Gold Coast and I liked the concept of Bloodstock Central,” Robert Crabtree of Dorrington Farm said.

“Damon explained that it was a way of combining the expertise of six leading bloodstock agencies to assist in the marketing and sales of bloodstock to a wider audience.

“Last year I sent 38 mares to stud which is way above my usual numbers and in the next eighteen months I will have the likes of stakeswinning mares Sheidel, Miss Promiscuity and Gabella retiring to stud hence I have decided to reduce overall numbers.”

Crabtree has had great success with his homebred stallion Magnus, a Group One winner on the track and now one of the leading sires in Australia.

Standing at Sun Stud, Magnus is the sire of Group 1 winners Malaguerra and Magnifiso and an additional 24 stakes performers including Miss Promiscuity, Prince Of Brooklyn, Magnapal and Platinum Kingdom. Magnus boasts and impressive winners to runners statistic of 70% and his progeny has earned over $22 Million in prizemoney.

There are 3 mares being sold with foals at foot by Shooting To Win, Foxwedge and Sizzling.

Amongst the mares are stakes winners Coniston Gem, Fabirana and Silver Cup Baby as well as stakes performers Beau Vallon and Belle Famille who is by champion broodmare sire Linamix.

Further enquiries can be directed to Damon Gabbedy of Belmont Bloodstock on 0408 007 786 or damon@belmontbloodstock.com