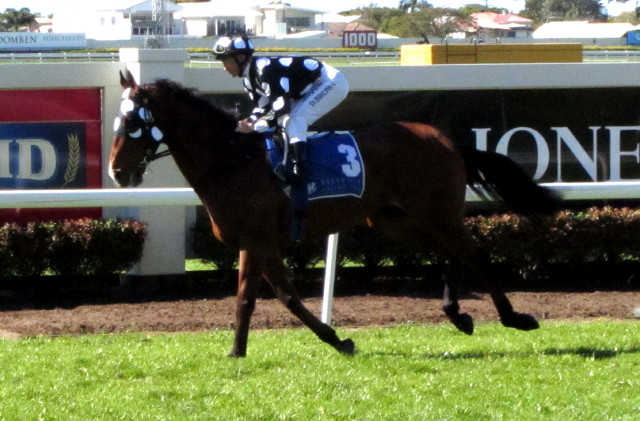 By deanSeptember 12, 2012General
No Comments 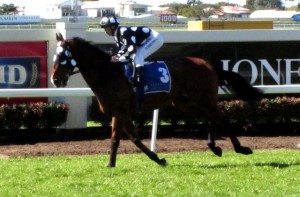 Heathcote was referring to Solzhenitsyn’s nomination for Australia’s weight-for-age championship, the G1 Cox Plate (2040m) at Moonee Valley next month.

Having his first start since his win in the Listed Strawberry Road Handicap (1600m) at Eagle Farm in June, Solzhenitsyn produced a stunning finish to down Bold Glance by one length.

“I’ve nominated him for the Cox Plate and dreams are free,” Heathcote said.

“But realistically he’ll have to win either the Sir Rupert Clarke or Toorak Handicap to warrant running in the Cox Plate.

“He’s a very good horse and lived up to my expectations so I’m really delighted to see him come back and win so well.

“He needed to do something today to warrant a trip to Melbourne for a Group One race.

“Bold Glance is a very good horse but we gave him weight and a start and beat him easily.”

Heathcote has booked a flight to Melbourne on September 25 for Solzhenitsyn who will travel down with glamour stablemate Buffering and Excellantes.

“He’s a high profile horse now and it’s reassuring to see him put his hand up in his comeback,” Heathcote said.

“At this stage he’ll run next in the Sir Rupert Clarke before going on to the Toorak.”

The G1 Sir Rupert Clarke Stakes (1400m) will be run at Caulfield on September 29.

Heathcote had some reservations how Solzhenitsyn would cope under his big weight of 60 kilograms but the six-year-old, who has now won 10 of his 22 starts, made light work of it.

“He’s already won at weight-for-age and won twice with 59 kilograms during the winter,” he said.

“My original intention was to claim on him but when Anthony Allen had the ‘flu, I made the decision to check with the owners before booking Damian Browne.

“Damian rode him perfectly and is in the frame now to ride him down south.

“But the owners have a good relationship with James McDonald and he’s also a chance of riding him.”

Solzhenitsyn, a son of St Petersburg, is part-owned by well known bloodstock agents Paul Willetts and Damon Gabbedy and friends.