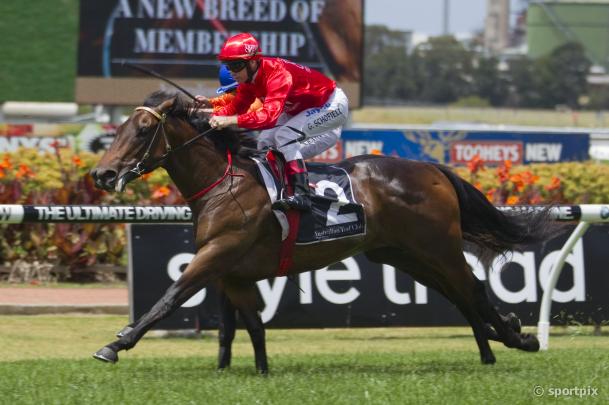 Charlie Boy (Myboycharlie x Maritime) kicked off his racing career in with at win in the 2YO race at Rosehill on Saturday.  Charlie Boy was the first winner for his young Vinery stallion Myboycharlie.  Myboycharlie was  a Champion French 2yo and Danetime’s Premier Stallion & Gr.1 winner.

Charlie Boy is the first foal of Falbrav mare Maritime.  Belmont Bloodstock purchased Maritime privately earlier this year on behalf of Western Australia’s Dawson Stud.  At the time of purchase Maritime was in foal to Canny Lad.  She has since foaled a lovely filly and is now in foal to Snippetson.

Charlie Boy (pictured) will be now be spelled and will head head towards The Golden Slipper in the autumn. 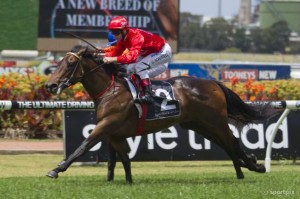