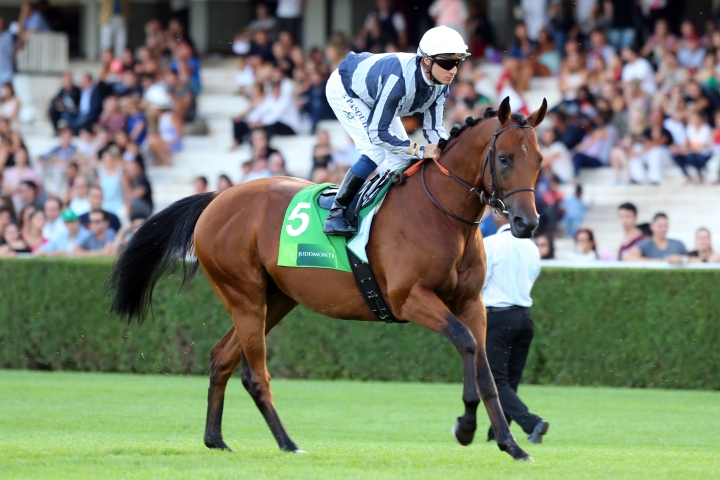 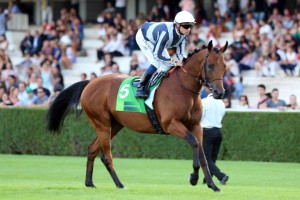 The running of the Group 1 Grand Prix De Paris at Longchamp last Tuesday provided two Australian breeders with significant boosts to pedigrees of mares that they had purchased at the ARQANA December Breeding Stock Sale.

These results are a great reward for two forward thinking breeders who understand the importance to inject new and different bloodlines into not only their own broodmare bands but also the Australian breeding industry. It can be difficult to source mares of this calibre in Australia but they are readily available in Europe often for much less money.

At the 2011 ARQANA Breeding Stock Sale, Belmont Bloodstock were lucky enough to secure a daughter of the KINGMAMBO mare OUR SEA for the now bargain price of 32,000 Euros. At the time of purchase, OUR SEA was an unraced daughter of Group 3 winning mare MARE NOSTRUM who had already produced the listed winner MARIE DE MEDICI. OUR SEA appealed to the Australian market as her third dam is the superior broodmare GRAND LUXE and it is the pedigree of FLYING SPUR and ENCOSTA DE LAGO.

Since the purchase of OUR SEA her pedigree has absolutely exploded. She is a half sister to ERUPT now an undefeated Group 1 winner and one of Europe’s most exciting prospects. In fact three new stakeswinners have appeared in her first dam since her purchase which is an unbelievable pedigree boost.

Belmont Bloodstock purchased OUR SEA for John Haseler of Queensland’s Glenlogan Park who was in attendance at the Deauville sale and was delighted to secure a daughter of KINGMAMBO so cheaply. He is now understandably over the moon with the updates to OUR SEA’s pedigree which now see her as one the best bred mares in Australia. OUR SEA, now back at Glenlogan Park has been bred to their resident stallions with a 2014 colt by REAL SAGA and is currently in foal to SHOW A HEART

In 2013, John & Trish Muir from Milburn Creek Thoroughbreds commissioned Belmont Bloodstock to find a quality European mare to add to their boutique band of broodmares. John Muir was particularly keen to source a daughter of super stallion MONSUN. He succeeded when Damon Gabbedy purchased AMO AMI AMA, a winning daughter of dual Group 1 winner AMORAMA who at the time of purchase had only produced two minor winners.

Research uncovered that AMORAMA had an exceptional yearling colt by Galileo who was set to be trained by the legendary Andre Fabre. This colt turned out to be AMPERE who from only three career starts has had two wins including the Group 2 Prix Hocquart at Longchamp and he is now Group 1 placed. AMPERE looks likely to secure a Group 1 victory of his own in the near future.

AMO AMI AMA is now back at Milburn Creek in the NSW Southern Highlands and is due to foal to Choisir in early August.

The 2015 edition of the ARQANA Breeding Stock Sale is in early December in the picturesque French seaside village of Deauville. As always it presents an ideal opportunity to add quality European mares to your broodmare band.