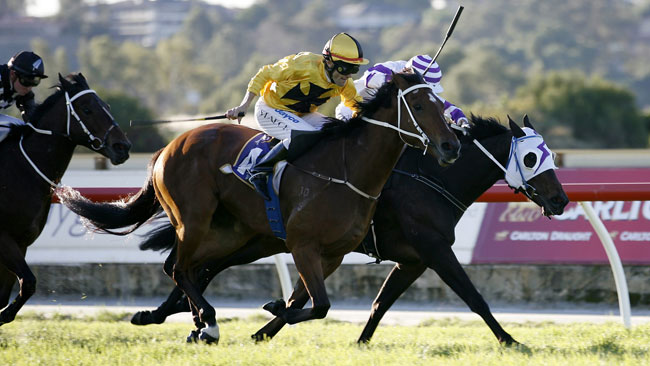 Paradise Park, the dam of Grand Nirvana, was purchased by Belmont Bloodstock recently for $160,000 in foal to hot Darley stallion Lonhro, on behalf of Dawson Stud. A timely purchase given that last weekend’s Group 1 win of Beaded has put Lonhro on to the top of the leading sires list for the season.

Paradise Park was herself a multiple stakes winner and is a half sister to two other stakes winners. She hails from the family of Railway Stakes winner Machine Gun Tom and Melbourne Cup winner Rogan Josh. Paradise Park has had five to the races for 5 winners and one could only imagine that her Lonhro foal will be highly sought after at the yearling sales in 2013.