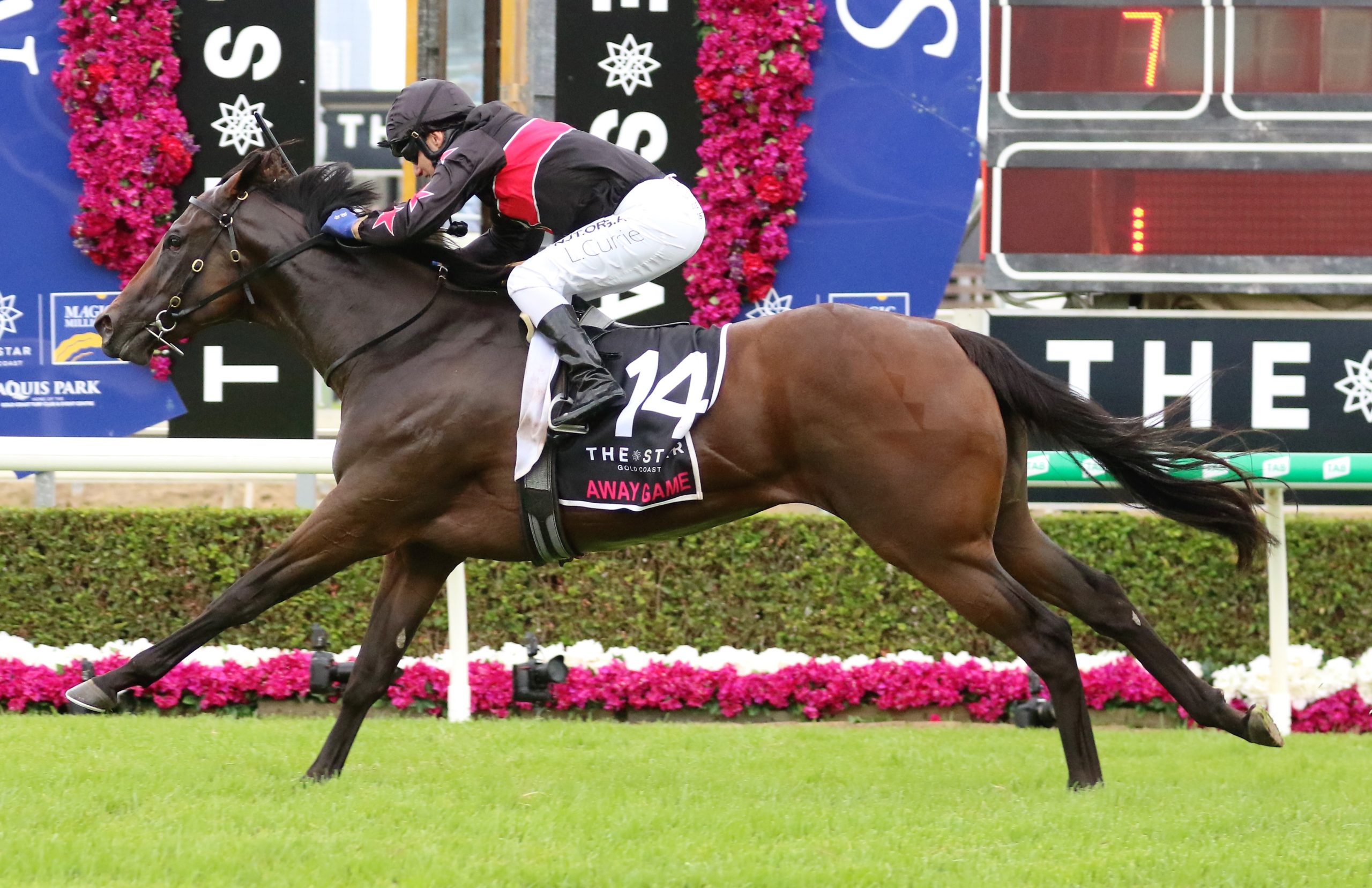 Kicking off the new year with a bang!

By Lauren DunningJanuary 31, 2020General
No Comments 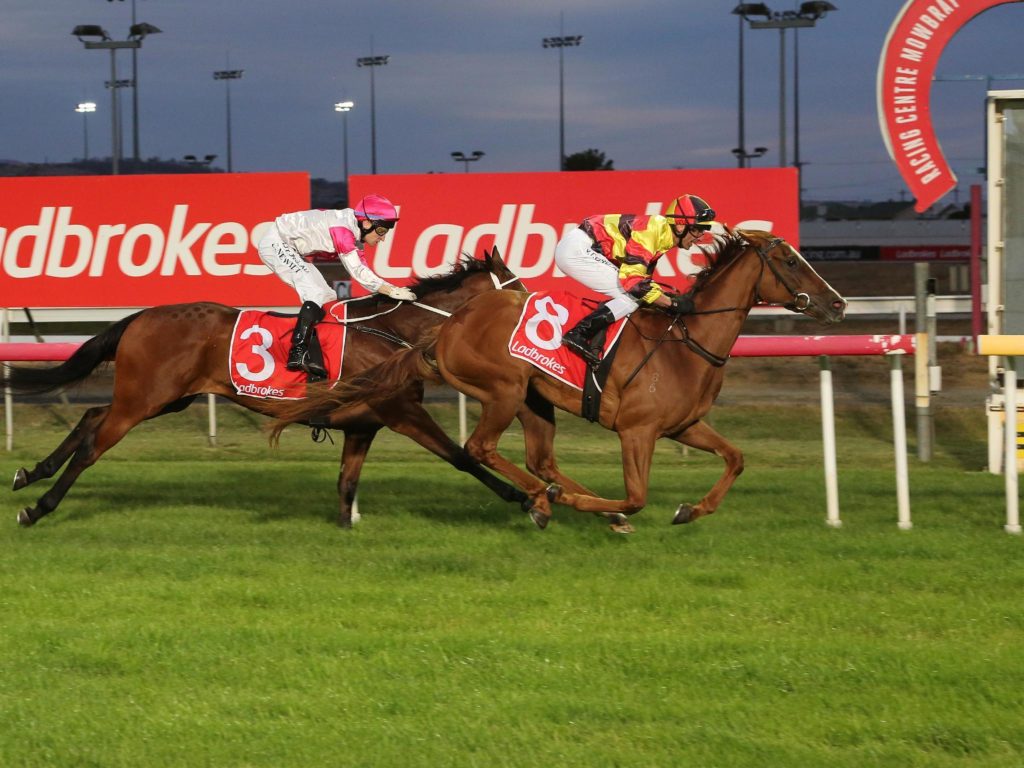 A $13,000 purchase by Monica Ryan out of the Alva Stud draft at the 2018 Magic Millions Tasmanian Yearling Sale, Still A Star brings her racing record to 5 wins, 5 seconds from 10 starts and earnings of over $260,000.

Still A Star’s stakes winning form is a real boost for Alva Stud as they offer a total of eight yearlings at the Tasmanian Magic Millions sales, including lot 23, Still A Star’s half-sister by Blue Gum Farm’s Manhattan Rain.

Alva Stud have had a great run in recent weeks and in fact bred a double on Guineas night, with Toorak Affair winning her tenth race. By Toorak Toff out of Smooth Return she was a $50,000 purchase. Alva Stud will also offer her half-brother, lot 82, at the Tasmanian Sale. A strapping colt by exciting first season sire Alpine Eagle. In all, Alva will be offering eight yearlings at the Tasmanian Magic Millions.

A cracking filly by Snitzel, out of the Elusive Quality mare – Elusive Wonder, Away Game has taken the two-year-old scene by storm.

After a luckless fourth in the Listed Merson Cooper Stakes at Sandown at her career debut, Away Game was sent off favourite in the Listed Calaway Gal Stakes at Doomben a month later – and didn’t disappoint. She was untouched to win by two and a quarter lengths, affording her qualification into the Magic Millions 2yo Classic.

Coming into the race on the Gold Coast as a rank outsider, jockey Luke Currie piloted emerging filly Away Game to his second victory in the race in three years. The Ciaron Maher and David Eustace trained daughter of Snitzel let down with an electric turn of foot to swiftly put a margin on the field and secure a two-length win over Stellar Pauline and Conceited.

A $425,000 purchase by Kerri Radcliffe Bloodstock out of the Mill Park draft at the 2019 Gold Coast Yearling Sale, Away Game is a sister to the talented Modern Wonder – winner of the 2016 SAJC Dequetteville Stakes -and was placed in the Group 3 MVRC Typhoon Tracy Stakes and Group 3 MRC Thoroughbred Club Stakes.

They are two of the five winners from as many to race out of the stakes-placed Elusive Quality (USA) mare Elusive Wonder who is a half-sister to the Listed BRC McDougall Stakes winner Tantra (Royal Academy) as well as to the dam of Listed winner Oak Park (More Than Ready) from the family of Group 1 ATC Randwick Guineas winner Inference (So You Think).

Elusive Wonder was a private purchase by Belmont Bloodstock for Chris and Jane Barhum and Peter O’Brien of Segenhoe Stud and the win of Away Game was certainly welcomed as the three-quarter sister by Not A Single Doubt sold for $580,000 at the recent Gold Coast Magic Millions Yearling Sale. O’Brien was blown away by the result and pleased with the progress of the mare.

Elusive Wonder foaled her eighth consecutive filly on October 12, 2019 – a daughter of the champion Coolmore stallion Merchant Navy and is back in the Navy for 2020! 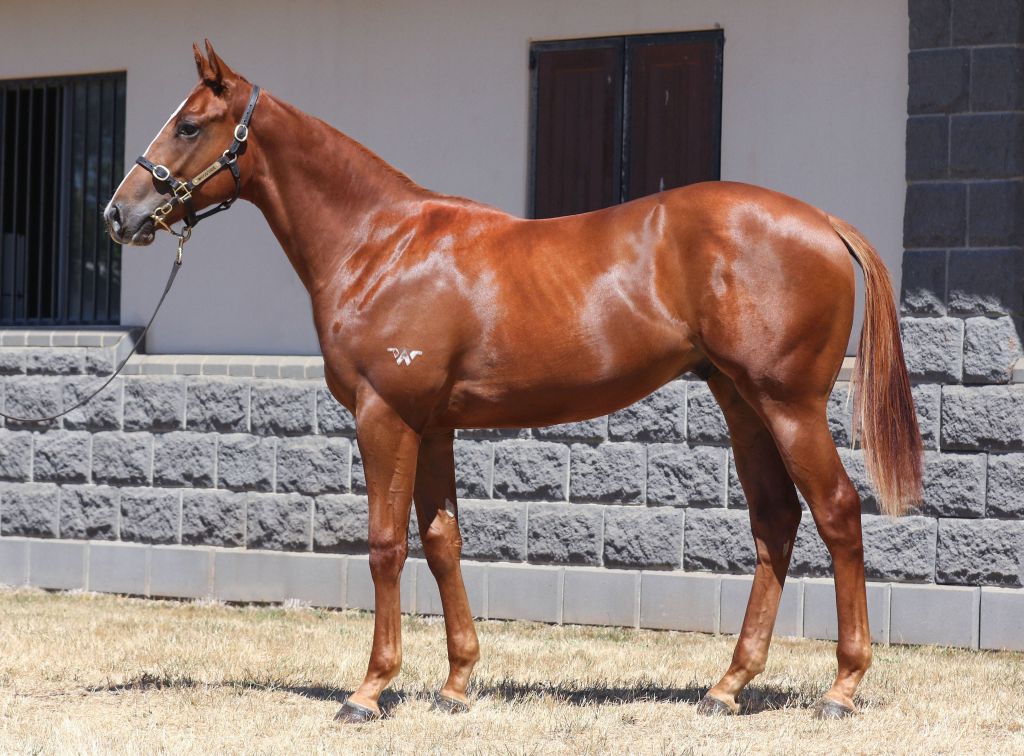 Marnix as a yearling.

Godolphin look to have a smart colt on their hands as Marnix (Written Tycoon) made an impressive winning career debut over 1250m at Geelong on January 17.

Marnix had just two horses behind him at the 600m mark so as a result needed to track wide into the race, although was under a strangle hold by Brad Rawiller. After a shake-up he put the race to bed at the 200m and was eased down to take the win by one and a half lengths.

Purchased from the Woodside Park draft at the 2019 Inglis Melbourne Premier Yearling sale for $210,000, he was the lone lot purchased by Godolphin. Marnix is the second foal of the imported Dutch Art mare Dutch Romance (GB) who was sourced by Belmont Bloodstock out of the Kiltinan Castle Stud draft for 85,000 guineas at the Tattersalls December Mare Sale.

A winner at Salisbury from five starts, Dutch Romance earned black-type when third in the Listed Radley Stakes at Newbury.

Dutch Romance is a sister to the very talented Dutch Connection whose five wins included the Group 2 Lennox Stakes at Goodwood and a trio of Group 3’s and has been placed three times at Group 1 level.

The full brother to Marnix has been catalogued as lot 138 on the opening day of the Inglis Premier Yearling Sale, beginning on March 1, again for Mark Rowsthorn under the Woodside Park banner.

A colt that looks to have plenty of upside and a fantastic attitude for his work, we will be following his career with interest.