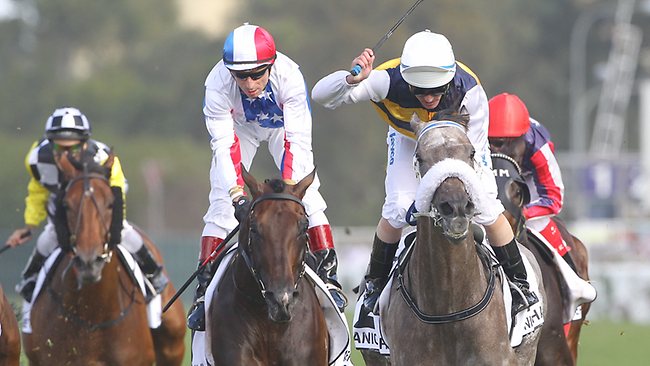 By deanApril 16, 2012General
No Comments 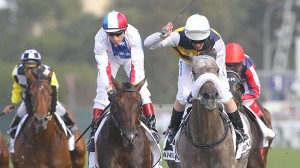 Hot on the heels of the success of the ex French galloper MANIGHAR, an exciting new opportunity has been developed.

The strong French influence in the Australian racing scene has taken a further step with the formation of The AusFrance Racing Partnership.

Simon O’Donnell and Terry Henderson of OTI Racing in conjunction with Damon Gabbedy of Belmont Bloodstock have formed the partnership to provide access to the excitement and financial benefits of horse racing inFrance. Speaking on behalf of the partnership, Damon said, ‘In my capacity as France’s ARQANA representative in Australia, I’ve become acutely aware that France not only offers some of the best racing stock in the world, but also has one of the strongest financial models. While costs are much the same as Australia, stakes monies are, on average, considerably higher. The result is better returns for owners.’

Damon added. ‘Most people are aware that French trained horses have won the past two Melbourne Cups. However few realise that the first five horses to cross the line in last year’s Cup competed in France during the year. Such is the strength of French racing.’

The partnership has already acquired a 50 per cent interest the beautifully bred Dalihani filly, Bugaboo. Already stakes placed, John Hammond, the filly’s Chantilly based trainer, hopes to have her ready to race in stakes races in June. He believes that she has the ability to progress to an international class horse, thus making her a possible contender in the Melbourne Cup carnival later in the year.

John Hammond has trained 93 Group winners, 27 at the highest Group 1 level including the Superstar Montjeu.  Interested parties should look on www.johnhammondchantilly.com and watch the video of life and training inChantilly, it is one of the most breathtaking and ideal places to train racehorses in the world.

The four horses planned for the partnership will have both stakes earning and resale ability. Again the French racing can be lucrative for well qualified breeding stock once racing careers are over.

Having acquired and successfully raced horses inFrancefor many years, OTI Racing partners have had firsthand experience of the wider benefits of the French racing scene. ‘You can’t help but be impressed with the support international owners get from France Galop both on and off track’, Terry Henderson, who runs OTI with Simon O’Donnell, said. ‘The cultural, culinary and ‘choix de vie’ aspects of French racing are quite unique and make the whole experience most enjoyable.’

Ex Aga Khan owned galloper Manighar has been a sensation since being based permanently inAustraliawith Peter Moody.  Manighar has had 5 starts for Moody for 4 wins and 1 third, 3 of those wins have been at Group 1 level and he has earned $2.19 Million in prizemoney in those 5 starts alone.

Participation as one of 20 members of the partnership requires an investment of $35,000. This covers both the acquisition of the racing stock and the first 12 months of its operation. It is planned that the partnership will be self funding for the remaining 3 years of its existence.

Full details on the AusFance Racing Partnership can be gained by contacting Damon Gabbedy on 0408 007786, email damon@belmontbloodstock.com or Terry Henderson on 0412330523 email terry@oti.com.au