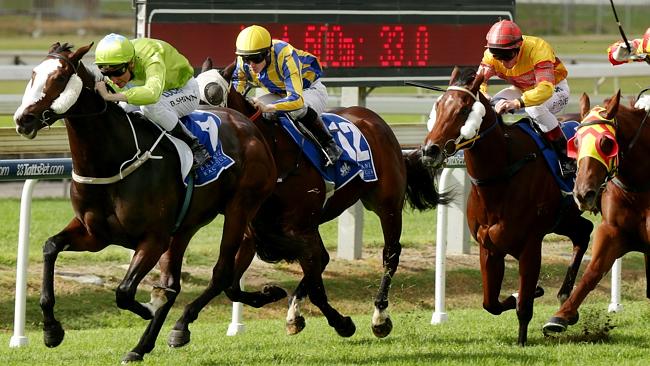 The Belmont Bloodstock broodmare purchase Queen of Fashion (Last Tycoon) left her first stakes winner in the weekend when Tales of Fashion (Tale of the Cat) won the Lancaster Stakes (Listed) at Doomben in Brisbane. The promising 2yo filly is trained by Trevor Bailey and was ridden by jockey Blake Shinn.

Queen of Fashion was a $60,000 purchase by Belmont Bloodstock at the 2013 Magic Millions National Broodmare Sale from the draft of Willow Park Stud for client Ben Duncan of Western Australia.

A very reasonable purchase her future as a broodmare looks promising having produced a cracking colt in 2013 by Not A Single Doubt that is currently located at Rushton Park in Victoria and is set to be sold at the Magic Millions Gold Coast Sale next year.

Owner of Queen Of Fashion Ben Duncan, son of Oakland Park Stud’s Neville Duncan is successfully building up his broodmare band he also owns the quality mare Xaar Boom who produced a lovely Denman colt which was one of the top colts at the Perth Yearling Sale this year when selling for $120,000.