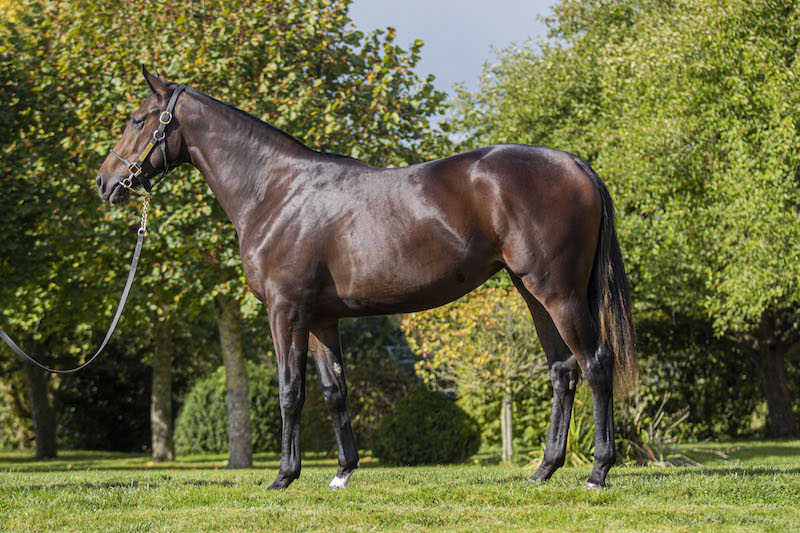 By Lauren DunningOctober 20, 2021General
No Comments

As has been seen throughout the European yearling season so far, there was a buoyant level of trade in Deauville on Monday, with figures exceeding the pre-pandemic returns of 2019.

Around three hours into the second of five sessions at Arqana this week the 2021 October Yearling sale officially became the most lucrative in terms of turnover since 2017. The first day of trading also saw a duo of fillies heading down under to the stables of Tony and Calvin McEvoy…

A Duo For Australia

Niall O’Connor, who graduated from the Godolphin Flying Start  course last year, got his career as a bloodstock agent off on a promising footing with the purchase of two yearlings for the Australian training partnership of McEvoy Mitchell Racing.His second signing of the day at €185,000 was for lot 91, a daughter of Camelot (GB), who has enjoyed notable success in Australia through Group 1 winners Russian Camelot (Ire) and the ill-fated Cox Plate winner Sir Dragonet (Ire).

Consigned by Anna Sundstrom’s Coulonces operation, she is the first foal of 3-year-old winner Pink Paint (Fr) (Redoute’s Choice {Aus}) from the Wildenstein family of Arc winner Peintre Celebre.The agent had also struck early for lot 12, going to €105,000 for a daughter of Le Havre (Ire) and another first foal, this time out of the winning Rajsaman (Fr) mare Gouville (Fr). The further family includes a name familiar to Australian racing fans in Contributor (Ire) (High Chaparral {Ire}), a dual Group 1 winner in the country for John O’Shea and Godolphin.

“This was a team effort between Tony and Calvin McEvoy and their regular agent Damon Gabbedy, who unfortunately couldn’t be here because of the travel restrictions,” said O’Connor, who has previously worked at both Keeneland and Magic Millions. He has also completed stints with agents Dermot Farrington and Jeremy Brummitt, with the latter charged with buying yearlings for Quantum Leap Racing, which is run by O’Connor’s father, Eamonn.

He added, “While on the Flying Start I had a work placement with McEvoy Mitchell Racing at Flemington and they expressed an interest then in getting involved in Europe. Hopefully these two fillies can prove their worth on the track.The market has been so strong for colts this year. We looked last week at Tattersalls and came on here in the hope of finding a bit of value. The Camelot filly was one of the nicest in the sale and we’re lucky to have her.”

Article thanks to Thoroughbred Daily News.