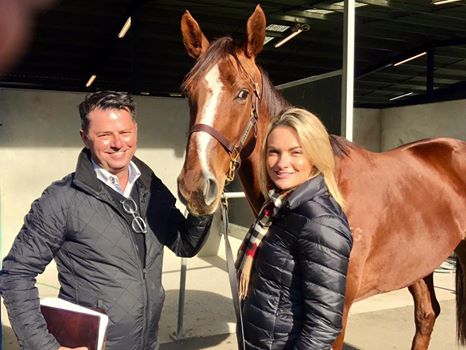 Scarlet The Star Of The Great Southern Sale

By Sally WilliamsJune 22, 2017General
No Comments 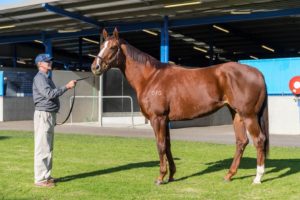 $460,000 was the highest price paid at The Great Southern Sale since 2009 when champion stallion Written Tycoon went through the ring.

Scarlet Billows is a Group 3 winning daughter of Darley shuttler Street Boss and out of Hussonet mare Hushabye.  Trained by Darren Weir, Scarlet Billows is a glamour type and will let down into an absolutely gorgeous broodmare.  She was consigned by owner John Richards’ Galadi Holdings and presented at the sale by Stockwell Thoroughbreds.

Purchased on behalf of a new client, Scarlet Billows will visit Cable Bay for her first season at stud.  Son of Invincible Spirit Cable Bay is assembling a quality book of mares for his first season in Australia at Woodside Park Stud.

“She is for a new client and he is trying to accumulate a couple of well-performed young Group-winning mares and he really likes the Street Boss-line mares,” Gabbedy said after signing for the purchase.

“She is a really good outcross mare who had a lot of ability. She was a sound, tough race mare, who was also a stunning type. The market is hungry for these Group-winning mares, as we saw at the Gold Coast, and he wants to start collecting a few of those.”

“The client has his pedigree ideas and he has done a lot of research so he is going to send her to Cable Bay. Rick Jamieson is obviously putting his neck on the line by putting the pedigrees through his system,” he said.

“We submitted some mares prior to the sale that we thought might come up as a good match for Cable Bay, so we are backing Rick’s judgment, and she is one of them. She is a good outcross, so she can go to any stallion down the track.”