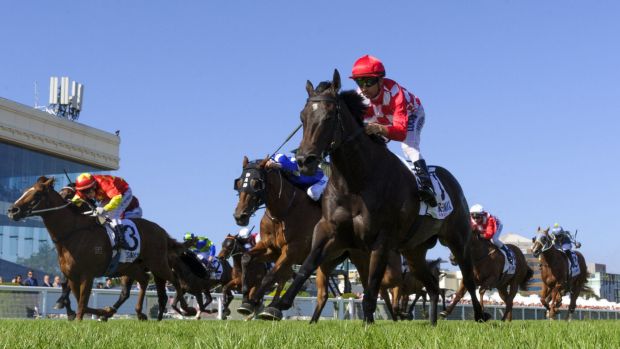 Belmont Bloodstock mating & later private purchase Sheidel broke through for her maiden Group 1 victory in the Oakleigh Plate at Caulfield on Saturday. 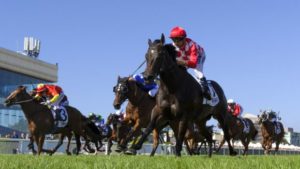 The gutsy mare raced on the pace throughout to record her maiden Group I win but also completed a Group I double for trainers David Hayes, Ben Hayes and Tom Dabernig and owners Robert & Sylvie Crabtree of Dorrington Farm, who combined for victory with Catchy in the Blue Diamond Stakes.

Joao Moreira had been aboard Sheidel in her last win at Flemington during the spring carnival and was confident enough to send the daughter of Holy Roman Emperor to the lead early in the $500,000 feature.

Sheidel led to the turn but had her stablemate Faatinah, who headed the winner briefly, for company until the 100m before easing clear late to score by a length.

“I’d say probably a neck (in front). But that proves she’s got a big heart even if she is quite small,” Moreira said.

“She just kept running and attacking the line.”

Dabernig said he remained confident in Sheidel throughout the race, even when Faatinah launched his challenge early in the straight.

“She really deserved it. She has been narrowly beaten in a couple of Group 1’s and today, she travelled and never looked like she was going to get beat,” Dabernig said.

“It really takes your breath away, it was amazing to watch.”

Since Belmont Bloodstock facilitated the purchase of Sheidel in early 2016, the daughter of Holy Roman Emperor has won $922,950 in prizemoney.  She has a Group 1, 2 x Group 3, 1 x Listed raced and placed in a further 2 Group 1’s.