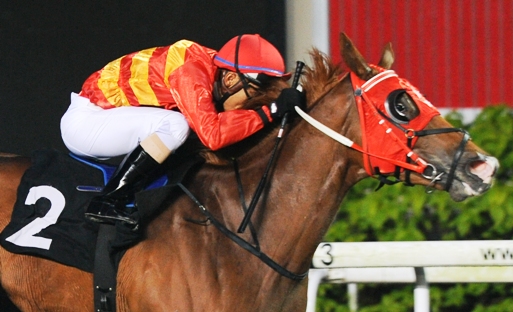 By deanMarch 5, 2012General
No Comments

Man Of Substance was rewarded for his consistency when he took out the $35,000 Maiden Stakes over 1200m on the Polytrack at Kranji (Singapore) on Friday night.

Trainer Desmond Koh said Man Of Substance was finally starting to mature and that had brought a turnaround in his form.

Man Of Substance had finished second at his previous two starts in maiden events over 1200m and on this occasion relished the 3kg claim of Rehaizat.

“He’s been knocking on the door for a while now and finally it opened,” said Koh.

“He didn’t know how to relax in his races before but with a bit of maturity it is now all starting to fall into place.

“We have been teaching him how to rate himself in his races and he has become more useful in his races.

“Hopefully now that he has learnt how to relax and how to win a race that there may be more wins in store for him.”

An Australian bred three-year-old gelding by Elusive Quality from the Danske mare Cunamulla Lass, Man Of Substance was having his tenth start on Friday night and in winning took his prize money past the $50,000 for the Blue Chip Stable. 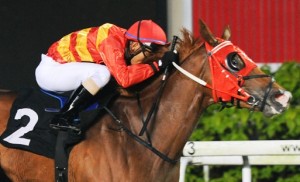