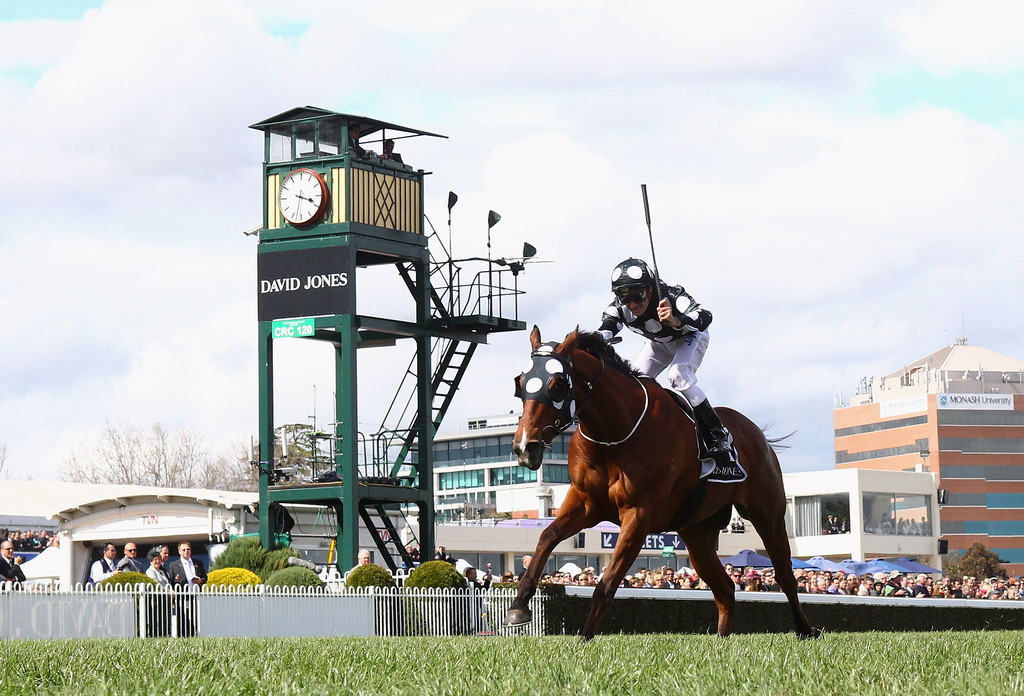 By deanOctober 15, 2012General
No Comments 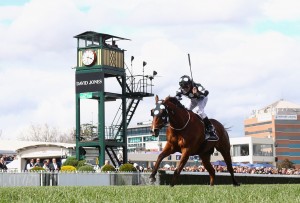 As successful bloodstock agents Paul Willetts and Damon Gabbedy have enjoyed a decent amount of success at racing’s elite level but there is nothing, they learned today, as good as cheering on your every own big race winner.

“Wow! I can’t believe it,” said Gabbedy after the victory of talented six-year-old Solzhenitsyn (St   Petersburg) in the Toorak Handicap (Gr 1, 1600m).

As long-time friends working in the same game, Willetts and Gabbedy decided five years ago that it would be a good idea to buy a horse together, something they could get trained up and hopefully sell on for a profit.

“Paul spotted this horse as a weanling and we tried to sell him after he won a trial but couldn’t,” Gabbedy recalled. “After he won his maiden we had him sold toHong Kongbut he failed the vet test.”

Which, he now admits, “was the best thing that has ever happened to us!”

Winning three in a row in Brisban eover the 2011 winter, the consistent bay has again been great form this year – from May to early September winning four on end before a Sir Rupert Clarke Stakes (Gr 1, 1400m) third at his Melbourne debut.

On the strength of that good run well fancied in the Toorak, Solzhenitsyn sat midfield on the rails for Corey Brown who got him into the clear before the turn.Running on strongly down the centre of the track, the gelding overhauled gallant mares Spirit Song and Yosei – both daughters of Invincible Spirit (Green Desert) to win by just short of half a length.

An 11 times winner from 24 starts, Solzhenitsyn impressed Heathcote from the moment he arrived at his Eagle Farm stables.

“After his first run for us I told his owners that he was a horse who would one day be on the front page of the papers,” he enthused.

Solzhenitsyn (6 gSt Petersburg– Tri Victory by Victory Dance) is the first Group One winner and one of five stakes winners sired by St Petersburg. He has now won 11 of his 24 starts and prize money of $600,215.

A Group Three winner down the Flemington straight,St Petersburgwas a $700,000 Easter Sale yearling bred by the now defunct Roselands Stud. He was conceived prior to his half-sister Jersey Girl (Belong To Me) commencing a racing career that saw her win three Group Oneraces in theUnited States.

Named after the famous Russian dissident and author Aleksandr Solzhenitsyn, Solzhenitsyn – who hails from the family of the Group Three winner Darbaas (Cossack Warrior) is bred on a 3 X 5 cross of the great matriarch Special (Forli).