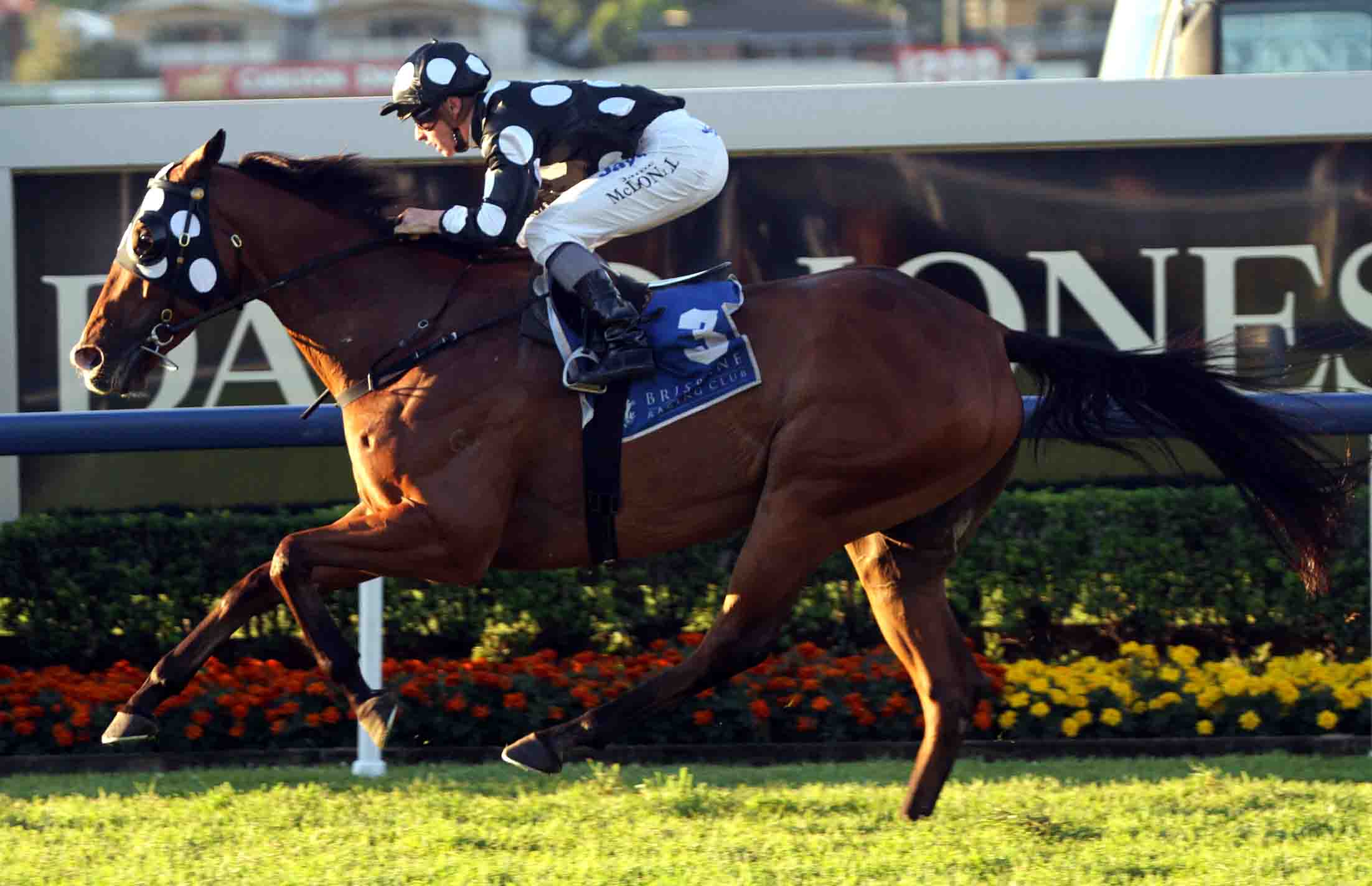 Belmont Bloodstock owned Solzhenitzyn created plenty of excitement in winning the final event on the program at Doomben on Saturday.

Raced by Damon Gabbedy along with good friend and leading NZ based Bloodstock Agent Paul Willetts, Solhenitzyn showed his class by winning the $50,000 1350m race by a comfortable 1.6L.

Trainer Rob Heathcote has lofty ambitions for Solzhenitsyn, who made light work of his 59kg.

Heathcote has always rated the former Kiwi a lightweight Stradbroke chance and even posed the possibility of a Doomben 10,000 start in an attempt to qualify for that race.

“He’s in all the big races and I’m not afraid to toss him into them. He’s carried the big weight and he’s run time. There’s a really good race in this horse,” the trainer said.

Whiz kid James McDonald took the initiative early and put Solzhenitsyn right on the speed, settling fourth in the run.

“He’s a smart horse. He still needs to take those extra couple of steps for the big races though,” McDonald said.

Solhenitzyn holds a nomination for the Group 1 Doomben 10,000 as well as The Stradbroke Handicap but no definate decisions have been made about where he will head next.  Heathcote has nominated the 5YO for the Group 3 Lord Mayors Cup over a mile at Doomben this Saturday.  If he doesn’t satisfy that he is ready to back up this weekend then another option will be a listed 1500m race at Eagle Farm on June 2.

Paul Willetts purchased the St Petersburg gelding as a weanling for $10,000 in NZ at the 2007 NZB Weanling sale.  He has won 7 races and over $165,000 in prizemoney.  Since arriving in QLD from NZ in early 2011, Solzhenitzyn has thrived under Robert Heathcote winning 4 city races.