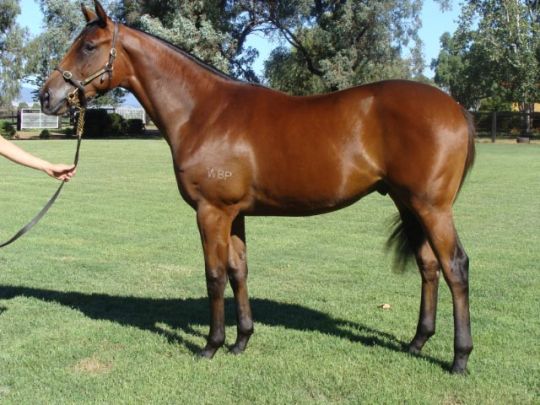 This past week of racing has seen the emergence of three smart horses in Zuckerburg, Flying Away and Eastward. What do they all have in common? All were purchased as yearlings by Belmont Bloodstock Agency and all are grandsons and granddaughters of Danehill.

On Tuesday at Geelong, debutant three year-old Zuckerberg (Commands – Love And Emotion by Woodman) could not have been more impressive in his last-to-first win over 1000m. Trained by Anthony Freedman, the $1.60 hot favourite won running away by 1.3 lengths in the rating 0-58 event against the older horses.

Zuckerberg, named after the founder of Facebook Mark Zuckerberg, had the social media world buzzing after Sky Channel racing personality Ron Dufficy ‘tweeted’ 10 minutes before the race that there was a “street corner tip” for the handsome son of Commands. He then firmed with bookmakers from $.80 to $1.60 and the rest, as they say, is history.

Purchased for $150,000 from the Attunga Stud draft at the 2010 Inglis Easter Yearling Sales, Zuckerberg (pictured below) is raced by long-time friends and clients of Belmont Bloodstock Joe & Debbie Throsby, who also raced Encosta De Lago with the Freedman stable. 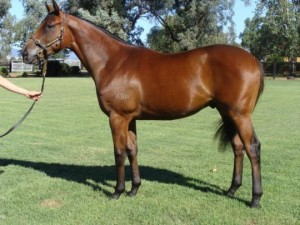 Zuckerberg is not entered for the Group 1 Caulfield Guineas so it will be interesting to see what races Freedman targets with the exciting colt – maybe a tilt at the Group 1 Coolmore Stud Stakes (1200m, Flemington) on Derby Day. “He wasn’t entered for the Guineas because we think he is still six months away from being ready for a race like that, but he’s a nice horse with a good future. At this stage we plan to give him a nice first campaign, educate him through the class and see where it takes us, although the first sign he’s had enough he will go into the paddock with the autumn carnival in mind,” Anthony said.

“We are pleased that Joe and Debbie Throsby might have another good horse; they have been long and loyal clients of the stable and they deserve the success.”

Moving on to Morphettville Parks on Thursday, and promising filly Flying Away (Flying Spur – Seeking a Way by Seeking The Gold) broke her maiden status with a well deserved win in the city. The Jon O’Connor trained filly started favourite and after sitting on the pace, was too strong for her rivals over the 1000m journey.

A $100,000 purchase from the Glentree Downs draft at the 2010 Inglis Melbourne Premier Sale, Flying Away is owned by Gary & Wendy Pfieler of Sunlands Produce fame. The Pfieler/Belmont Bloodstock combination has proved a very successful one to date, with their only other purchase being the talented dual stakes winning four year-old mare Miss Gai Flyer (who defeated the likes of Pinker Pinker and Obsequious when winning two listed races in a row last Autumn).

Flying Away is a daughter of Arrowfield Stud’s Flying Spur, who has been one of the most reliable stallions in Australasia for the best part of a decade and was one of the first influential sons of the all conquering Danehill to leave his mark in the breeding barn.

The third winner of the week was perhaps the most dominant of the trio. At Geelong on Friday, there was strong support for Team Hawkes’ debutant Eastward (Exceed And Excel – Encarta by Our Westminster) having been backed from $3.80 to start a $2.60 favourite. After jumping to the lead, the race was never in doubt as Eastward cruised to a 4.5 length victory in fast time.

Co-trainer Wayne Hawkes was quite impressed with the win “she has taken a bit of time to come right, but there are better races in store for her” said Hawkes.

Offered by Oakwood Farm at the 2010 Magic Millions Yearling Sale, Eastward was a $55,000 purchase for leading West Australian breeders Ron Sayers (Yarradale Stud) and Eddie Rigg (Giesel Park Stud). The 3 year-old filly is by sire of the moment Exceed And Excel who is burning in both hemispheres, with recent Group 1 winner Margot Did and Group 2 winner Excelebration flying the flag in the UK, whilst the likes of Helmet and Kulgrinda continue to shine locally. The Darley based son of Danehill has now produced 40 stakes winners worldwide.

This caps off a big August for Belmont Bloodstock, with other successful purchases including the promising QLD galloper Solzhenitsyn (St. Petersburg), debut winner Valid (Exceed And Excel) and WA winner Blomkvist (Danzero).