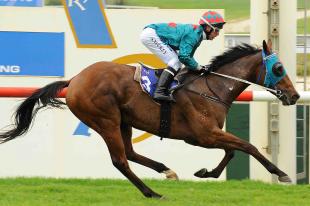 By deanOctober 24, 2011General
No Comments 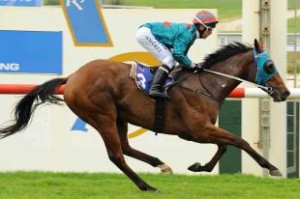 In 2009, former AFL football star Peter Bell sent me to the Magic Millions Weanling Sale with $100,000 and asked me to look out for two or three weanlings for him to buy to race.  Peter was a dream client, his only instructions were to buy weanlings by a proven sire as he didn’t want to punt on first season sires.  His other comment was to spend the money like it was my own…no pressure!  Well two years on and it has turned out rather well.

I ended up buying Peter and his partner Ray Meadowcroft (a first time racehorse owner) a filly by Not A Single Doubt for $20,000 and a colt by Magic Albert for $36,000…well under budget.

The filly turned out to be SINGLE SPICE who has raced 8 times for 2 wins, 1 second and 4 fourths, earning $151,900 in prizemoney.  More importantly, she won the listed WATC Supremacy Stakes and ran 2nd in the Group 3 WATC Sires Produce Stakes and 4th in the Group 2 Karrakatta Plate.  She is now worth considerably more than her purchase price as she is a stakeswinning 2yo with great residual value.

The Magic Albert colt races as RON’S CALL and is one of Western  Australia’s most exciting 3yo’s.  Both horses are prepared by astute horseman Simon Miller who is absolutely flying at the moment.  Simon has been very patient with this good looking colt who had one race as a 2yo finishing 4th at Belmont but pulling up very shin sore.  Since resuming after a spell, he has put together 3 wins in succession, all in ultra impressive fashion.  He resumed at Northam where he toyed with his maiden rivals and then graduated to Belmont where he won over 1200m as a heavily backed favourite and in the process beat the filly Mendicity who I own.  If you’re going to get beaten it may as well be by one that you have bought for a client!

Saturday’s win at Ascot proved Ron’s Call ability in no uncertain terms.  Drawing the wide barrier 9 for Peter Knuckey, he was well back and three wide then covered the field easily and the result was never in doubt and he won in a very arrogant manner by an increasing 2 ½ lengths eased down.  He stopped the clock at 1-10.40 only .06 seconds slower than Waratahs Secret in the Group 3 race on the same day.  Simon Miller plans to race him in the listed Fairetta Stakes on his way to the Group 2 WA Guineas.

The combination of Bell, Mill and Belmont Bloodstock combined again the very next day at Northam when debutant runner WHISKY PRINCE easily won his maiden.  WHISKY PRINCE (Dane Shadow x Auspicious Day) was a $70,000 purchase at the 2010 Magic Millions Gold Coast Yearling Sale.  He looks to have plenty of ability as well and was obviously showing the connections something as Peter sent me to this years Magic Millions Weanling Sale where for only $3,000 I purchased his half sister by Kheleyf, a Darley sire who only stood one season here.  She now looks a bargain and  hopefully can continue the great run this team is having!