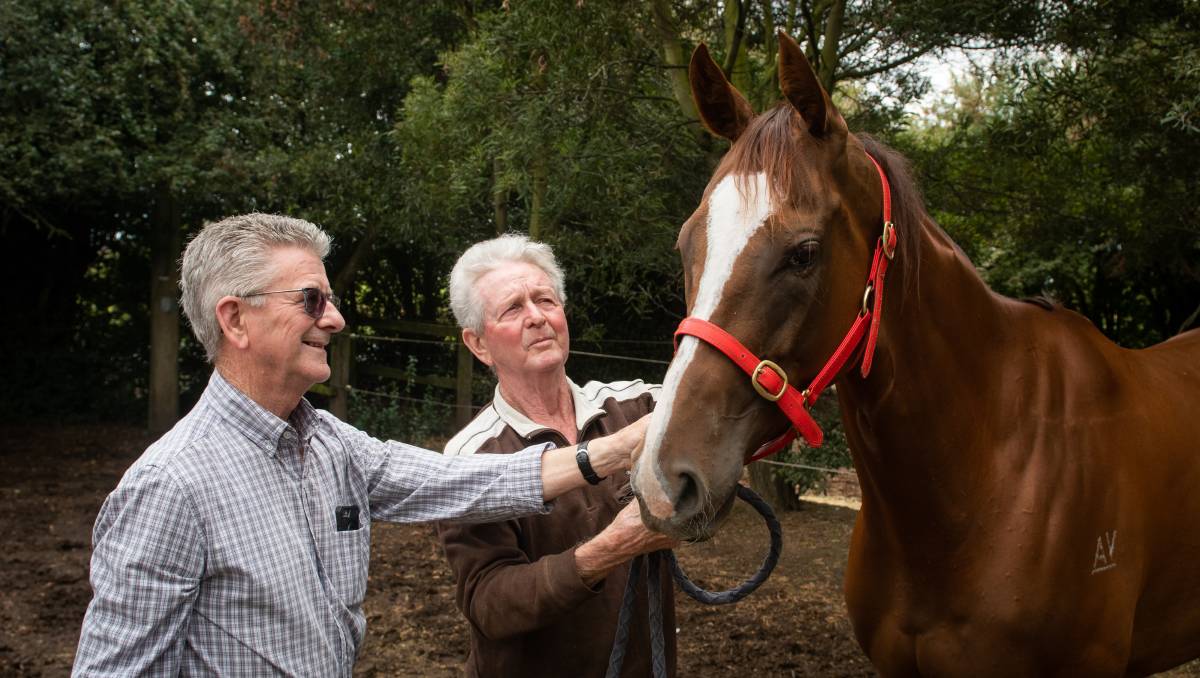 By Lauren DunningMarch 12, 2021General
No Comments

Should diminutive Tasmanian mare Still A Star (Toronado {Ire}) upstage Australasia’s best milers and win Saturday’s $5 million All-Star Mile for her ailing trainer Bill Ryan, it would represent one of the great racing stories of the past 20 years, and a crowning achievement for her breeders at Alva Stud.

It was at Alva Stud, some 20-minute drive from Longford, that Ryan first set his eye upon the horse which would outshine any he had trained before. Many would overlook the Toronado (Ire) filly because of her size, but Ryan saw the same qualities in her that Alva Stud principal Catherine Hills did from the day she was foaled.

“She was a small foal, but I always felt she was a perfect little package. Everything was there, everything was right and everything was in proportion. From what I recall, she always had a lot of get-up-and-go about her. She never knew she was small,” Hills told TDN AusNZ.

“I thought I’d take her to the Sale and see if I could sell her. Bill Ryan liked her from the very first time that he saw her. He picked her out and worked out she was within his budget and that was a good thing as it’s turned out.”Despite the fact she was small, she obviously has a big motor in there and everything else was always there in proportion, including attitude.”

Ryan and Hills share the same no-fuss understated manner that seems to characterise many of those in the Tasmanian thoroughbred industry. A lifetime in the reality of a business of such fluctuations in fortunes and form teaches you not to get too caught up in either the highs or the lows.

The poignancy in the Still A Star story comes in the fact that Ryan has been diagnosed with a terminal lung condition. The only possible solution would be a lung transplant, something his age makes impossible. Medication keeps the trainer ticking over for now, and he will jump on a plane this week to head to Moonee Valley, well aware of the consequences a trip of that manner could have on his health.

It is not as if Tasmania is unaccustomed to racing fairytales. Two years ago, in this very race, it was Mystic Journey (Needs Further) who prevailed for the Apple Isle, two weeks after her G1 Australian Guineas success. Her brilliant autumn changed trainer Adam Trinder’s life in many ways, while it also created a surge in interest in Tasmanian-bred horses and Tasmanian-based stallions, in particular for then Armidale Stud-based stallion Needs Further.

But within 12 months, Tasmanian racing was plunged into crisis when the state government shut down racing because of COVID-19. The threat to a fragile industry was real, only weathered by the determination of the participants to get the show back on the road.

But ‘Betty’ as Mystic Journey is known, changed the perception of what Tasmanian horses could achieve, while ‘Minnie’, the stable name afforded to Still A Star, continues to enhance the reputation of the Meander Valley heartland for producing equine stars.

Minnie off the mark

Purchased for $13,000 by Ryan and a couple of key stable clients at the 2018 Magic Millions Tasmanian Yearling Sale, Still A Star debuted a late 2-year-old weighing just 420kg. Her first campaign yielded four consecutive seconds, before she finally broke her maiden on the Tapeta at Devonport in June 2019.

She has now gone on to win seven of her next eight starts, sweeping through a quartet of Listed races as a 3-year-old, culminating in a victory in last year’s Tasmanian Oaks.

Ryan dared to dream about the G1 Cox Plate in the spring of 2020, but in a curious parallel to his own health battles, Minnie was struck down by a lung condition.

In the end, she was sidelined for 366 days, but despite her absence from the track, her story galvanised huge interest, and she was afforded a popularly elected spot in the 2021 All-Star Mile, finishing fourth on votes.

A week later, she showed that there was more than just sentiment behind her push to get included in the rich race, after she returned to win the G3 Vamos S. on February 24 at Launceston.

Like the Tassie champions of the past, she boarded the Spirit Of Tasmania this week, hoping to show those mainlanders what ‘Tassie tough’ is all about.

While the story of the Ryan family has rightly taken centre stage in the build-up to The All-Star Mile, the role of Still A Star’s breeder can not be underestimated.

It was Hills who sourced her dam, Lita (Casino Prince), out of the 2015 Inglis Australian Broodmare and Weanling Sale and brought her to Tasmania. On the racetrack, she was a two-time winner for John Thompson, and was a daughter of multiple stakes winner Royal Asscher (NZ) (Stravinsky {USA}). She was offered in foal to Unencumbered, with Alva Stud paying $20,000 for her.

“She was well credentialled and when I go to a mares sale, I am always conscious that I will end up selling in the Tasmanian market,” Hills said. “The market wasn’t as broad at it has been in the past couple of years so I had to stay within my budget, with an eye to that Tasmanian Sale.

“I liked her breeding, and I do take advice from a few people who I trust and I had a list of a few mares to have a look at. She was one who I looked at.

“Lita is not small. She’s not a huge mare, but you wouldn’t say she would be small. When I bought her in Sydney she was in foal to Unencumbered and that foal, Heavenly Bridges has done very well. I sent her to Toronado because the mating was a good one for her.”

Hills, who works closely with Belmont Bloodstock’s Damon Gabbedy, is developing a good record for selecting quality mares at a good price out of the breeding sales. In 2019, she paid $30,000 for Medusa (Stratum), who was in foal to Deep Field and at the recent Tasmanian Yearling Sale, she sold the resultant filly for $120,000. Similarly, a $25,000 investment in Midnight Review (Hussonet {USA}) who was in foal to Foxwedge, yielded a $70,000 return for a yearling filly last month.

Hills was not under any illusions when Still A Star went through the yearling sales that she might struggle to find the necessary breadth of interest to generate a strong return.

“I knew when I sent her to the Sale that she wasn’t what was generally being looked for, which is a well-grown, good-sized, big, forward sort of yearling, but she has proved everybody wrong,” she said.

While the ‘Minnie’ nickname stuck for the filly, Hills admits that every time she sees Still A Star, she noticed how much she has continued to develop.

“She has grown out a bit now and you don’t look at her in the mounting yard and automatically think she is small. She has grown and filled out. She’s a beautiful horse now,” she said.

Part-owner Ron Riley quantified that growth in a recent interview, saying she had put on 38kg and grown about ‘three inches’ since her 2-year-old days.

Lita’s other foals have not shared quite the same stature as their half-sister. The 2-year-old Manhattan Rain filly, now named Gee Gee Raindrops, is well grown and secured $42,500 at the 2020 Tasmanian Yearling Sale, while the foal colt by Bolt D’Oro (USA) is in a similar mould.

“We call him Usain on the farm. My farm manager gets to name all the foals, and he got that name because he’s got long, long legs like an athlete or a runner. He’s a nice-looking foal but he’s very leggy, it will be interesting to see how he goes through the sales,” Hills said.

Not an easy mare to breed with, Lita has been given a year off.

“She’s the sort of mare that doesn’t do well with a foal every year. We haven’t quite worked out where she’ll go this year,” Hills said.

Meanwhile, Saturday shapes as a very special day, not just for Hills and her staff at Alva Stud, but for a the Tasmanian racing community.

“She’s really earned her place there and earned the votes that she got from the Tasmanian public,” Hills said.

“We will be watching with great interest and cheering her on. That race has really developed into a great race, it has got better with every edition.”

We wish Catherine and Bill all the best in the All Star Mile!