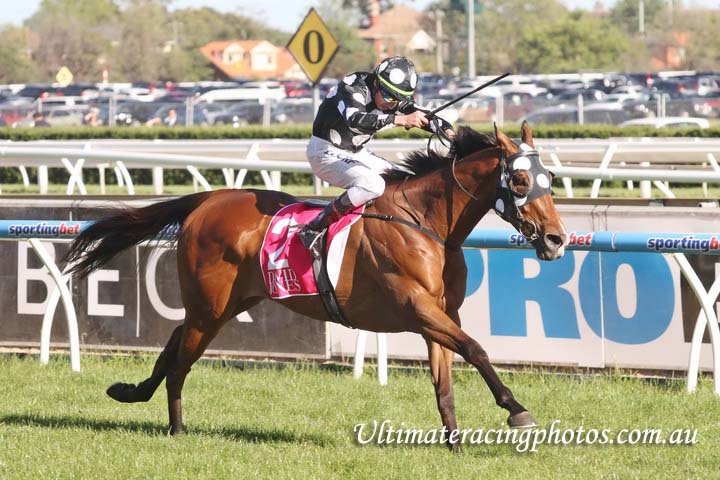 Back To Back Toorak Handicaps For Solzhenitsyn

By Sally WilliamsOctober 16, 2013General
No Comments 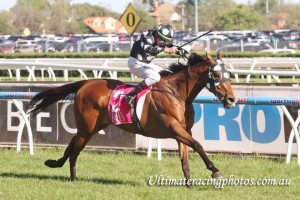 TWO IN A ROW FOR SOLZHENITSYN Only five times in its 132 year history has the Toorak Handicap (Gr 1, 1600m) been won on consecutive occasions by the same horse, making yesterday’s achievement of Solzhenitsyn (St Petersburg) a noteworthy one. “Who would’ve thought that lightning could strike twice?” said an excited part-owner, bloodstock agent Damon Gabbedy who races the seven-year-old with a group of friends including fellow agent Paul Willetts who purchased the bay for just NZ$10,000 as a weanling.

As the winner of 13 of his 34 starts, the Robert Heathcote-trained gelding has not won over $1 million and connections are hopeful that the best is still to come for a horse who has improved.

Winning last year’s Toorak by a shorter margin, Solzhenitsyn this time around proved one and a quarter lengths too strong for his rivals, French visitor Trevieres (Gold Away) flashing home for second with Blackie (Black Minnaloushe) another length away third.

Always travelling well for Nash Rawiller, Solzhenitsyn was placed just behind the pace and he loomed up at the turn and hit the lead at the 200 metres and drew clear. “It was a ripper of a ride,” Heathcote enthused, adding that he had thought a second Toorak a tough task for Solzhenitsyn.

“When the top weight came out and they raised the weights by 2.5kg I thought how hard is this going to be?”. At six last year, the gelding won with 52kg lumping 58kg this time around. “Mel [Leitch, travelling assistant ] said he is feeling 6kg better than last year,” he said, adding that in every other way the horse “ticked all the boxes for this race.” Right in the thick of things at his two lead-up runs, Solzhenitsyn was sent out Toorak favourite and it was his fifth win at the 1600 metres “He is a super miler,” Heathcote said. Which is why his owners decided not to pay up for the Cox Plate with the Crystal Mile (Gr 2, 1600m) on the same day next on the agenda on the way to the Emirates (Gr 1, 1600m) at Flemington. But he has not ruled out a Cox Plate campaign at eight. “We may come back and try and do a Fields Of Omagh!” he laughed. One of his sire St Petersburg’s (Nureyev) five stakes winners and his sole Group One winner, Solzhenitsyn’s (7 g St Petersburg – Tri Victory by Victory Dance) record now stands at 13 wins from 34 stars with his prize money now totalling $1,059,700.