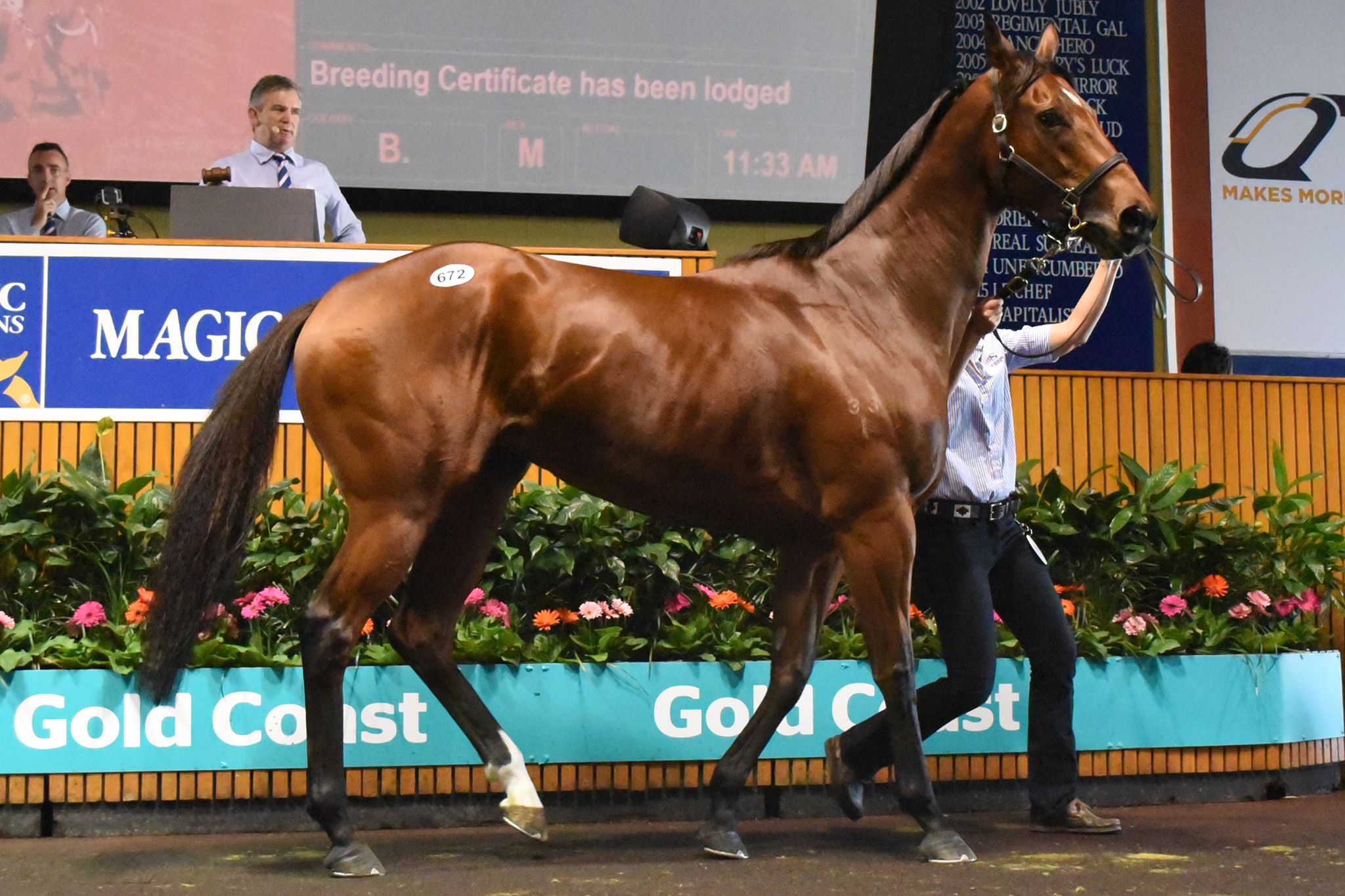 By Sally WilliamsJune 9, 2017General
No Comments

Belmont Bloodstock were prominent on the results sheet at the 2017 National Sale signing for 8 weanlings and 27 mares in total.

Out of a half sister to Debellatio, recent winner of the WATC Sires Produce.

Lovely colt by Nicconi, a stallion who is massively on the up.

From the first crop of Olympic Glory out of a half sister to Trusting.

Athletic colt by hot stallion Not A Single Doubt.

By the sire of The Quarterback from a half sister to A’int Seen Nothin who has produced 3 stakeswinners.

By Sebring from Kunga

By Sepoy from Chiara

Sydney Metro winning daughter of Myboycharlie who is a half sister to Group 1 winner Foxplay.

By Redoute’s Choice from Universal Queen

Dual Group placed mare by Sebring descending from the family of the great Procrastinate.

By Exceed and Excel from River Express

In foal to Street Boss

Exceed & Excel mare in foal to Street Boss, resultant foal will be bred on same cross at Petits Filous.

By Street Boss from Fly To The Stars

In foal to Written Tycoon

Imported stakes performed mare with striking looks and a big pedigree, positive to one of the most in demand sires in the country.

By Metal Storm from pro Challenge

A multiple stakes winner herself, this mare has produced a 4 time stakeswinner in Cosmic Storm.

By Snitzel from Miss Tizzy

In foal to Super One

By Anabaa from Campbell Fever

By Zabeel from Cat Shmea

In foal to More Than Ready

By Bernadini from Melrose Gardens

In foal to Choisir

By Redoute’s Choice from Glendelvine

You can never have too many daughters of Redoute’s Choice in your paddock!  This one’s in foal to champion sprinter Nicconi.

By High Chaparral from Mutate

By Peruginio from Crystal Snip

In foal to Exceed and Excel

By Darci Brahma from Silk Ending

In foal to Tavistock

Half sister to the dam of super talented Gypsy Diamond

In foal to Pride Of Dubai

Gorgeous mare from a super pedigree in foal to exciting first season prospect Pride Of Dubai.

By Not A Single Doubt from La Sirenuse

Out of a half sister to star Perth mare Paradise Park

By Redoute’s Choice from Gifted Spirit

In foal to Wandjina

Flemington winning daughter of champion broodmare sire Encosta De Lago from the family of Mahohany.  In foal to Wandjina whose first crop weanlings made a big impression at the weanling sale.

By Hold That Tiger from Winning Team

In foal to Rich Enuff

In foal to the magnificent looking son of Written Tycoon Rich Enuff.

In foal to Exceed and Excel

Encosta De Lago’s dominance is undeniable.  This mare is herself a Sydney metro winner and is in foal to champion stallion Exceed and Excel.  An absolute queen, for us Miss HUfflepuff was one of the mares of the sale and we were delighted to secure her for Tyreel Stud.

By Court Command from Pinot Royale

Dual stakeswinning mare who win 7 races and over $415,000 on the track

By Fastnet Rock from Hides

In foal to Deep Field

By a champion stallion, in foal to a stallion whose foals were the talk of the weanling sales

BY Hidden Dragon from Marcovette

In foal to Tavistock