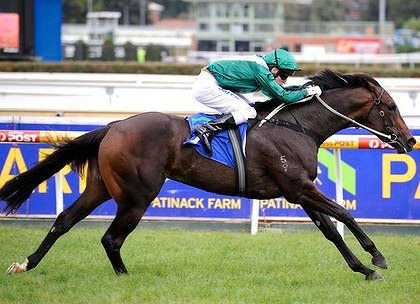 By deanMarch 1, 2012General
No Comments 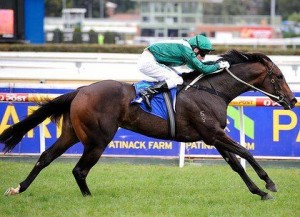 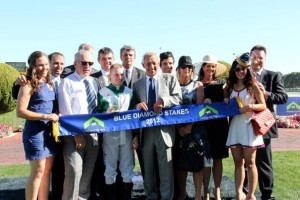 Last Saturday’s Group 1 Blue Diamond Stakes at Caulfield was won impressively by the Mick Price trained filly Samaready.  Ridden perfectly by Craig Newitt to a dominant win in the 2YO Classic, the filly is now the deserving favorite for The Golden Slipper.

Samaready was selected and purchased by Damon Gabbedy of Belmont Bloodstock at the 2011 Inglis Easter Yearling Sale. Damon remembers what a standout filly Samaready was at Easter and knew that she was destined for success straight away.  Damon secured the filly for $150,000 on behalf of The Vinery Stud Syndicate- Congratulations to Peter Orton, Greg Perry, Alan & Barb Green, Neville Gibson and Steve McCann.  The victory was even more satisfying as Vinery Stud stand Samaready’s sire More Than Ready who has established himself as one of then best stallions in the country.  Samaready was bred by Gerry Harvey’s Baramul Stud and it’s ironic that the Magic Millions Principal sold this Group 1 winner through the William Inglis sale ring- I’m sure that Vin Cox will get a chuckle out of this as well!

The win of Samaready was cheered on wildly by some other Belmont Bloodstock Agency clients in Peter Bell and Ray Meadowcroft who race and own Night War.  Night War is a half sister to Samaready by General Nediym.  Already the winner of 5 races and $570,000, Night War has won Group 2 WATC Karrakatta Plate, Group 3 Steere Classic and the Magic Millions 3YO Classic on the same day that Samaready won the Blue Diamond Prelude.

Samaready is now unbeaten in her 3 career starts and has earned a total of $733,450 in prize money so has now made 5 times her purchase price less than twelve months after the sale, now that’s the kind of return on investment that all buyers dream of! Her win in the Blue Diamond was indicative of the fact that Samaready is the best 2YO that we have seen race so far this season so her chances are well regarded going into the Worlds richest 2YO race- The Golden Slipper ($3.5 million) at Rosehill on April 7.

Belmont Bloodstock have combined with Peter Orton and Vinery for success in the past, purchasing Group 1 winner Bel Mer as a yearling.

Damon is attending all the Major Australian yearling sales in 2012.  If you are looking for someone to help you with securing your next Champion, Damon Gabbedy is available to offer his expert advice.