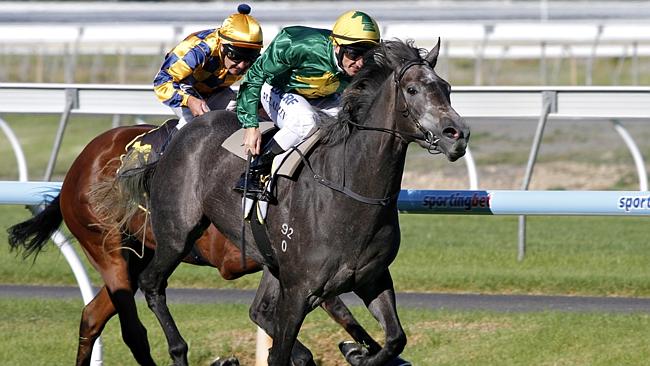 At the 2010 Magic Millions National Weanling and Broodmare Sale Belmont Bloodstock Agency purchased Rossiya a Machiavellian mare for long-time supporter Ron Sayers of Yarradale Stud. Rossiya was purchased in foal to Darley stallion Commands at a very reasonable price of $42,500. The resulting progeny a grey filly named Girl in Flight was later sold to trainer Robbie Griffiths at the 2012 Inglis Melbourne Premier Yearling sale from the draft of Swettenham Stud for $60,000. Ron Sayers stayed in the filly who is now raced in partnership along with Bob Baumann, Andrew Doyle, Frank Giacco, Janice Thomas and Belinda Emons. Trained by Robbie Griffiths at Cranbourne the striking grey filly was given a perfect ride under jockey Mathew Allen to hold off rivals for a dominant win in the Group 3 Schweppervescence Stakes over 1800m at Morphettville on the 12th of April. This is the 4th win from 7 starts for the 3yo filly who has now earned $236,000 in prize money.