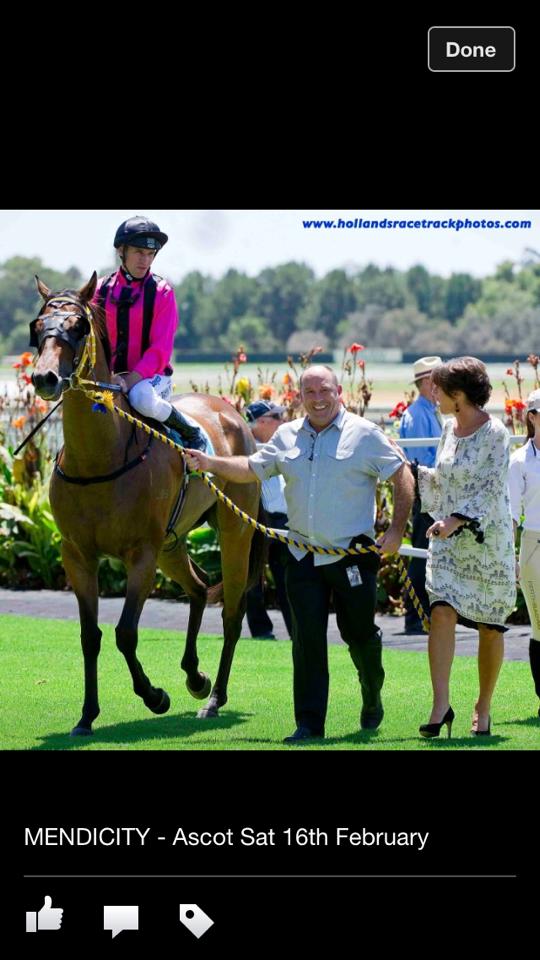 Mendicity scored her second straight city win for her connections at Ascot on Saturday.

Mendicity (4m Blackfriars – True Bloom by Is It True) tracked Teen Idol before accelerating to a two length victory in the Perak Turf Club Trophy (1200m).  She was a $26,000 buy at the 2010 Perth Magic Millions and has now earned $150,000 for a syndicate managed by Belmont Bloodstock’s Damon Gabbedy.

Mendicity was hampered by a lung infection last year but Taylor revealed that has been corrected.  “She races best when fresh,” he said.  “She’s a sound mare and I think a Listed race at the next summer carnival isn’t beyond her.”

The daughter of Champion Western Australian stallion Blackfriars has had 4 starts this preparation for 3 wins at Ascot and 1 second.