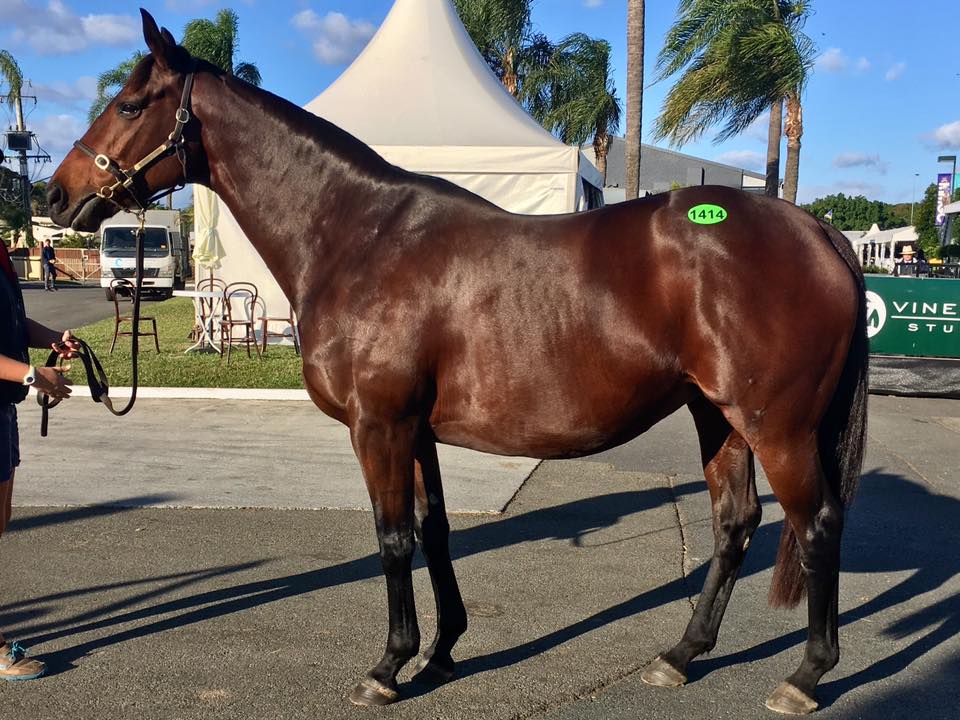 Damon Gabbedy of Belmont Bloodstock believes his client Tyreel Stud can get a quick return from Miss Hufflepuff, who is by leading broodmare sire Encosta De Lago (Fairy King) and a sister to Hong Kong Listed winner Liberator.

On behalf of Tyreel Stud, Gabbedy went to $470,000 to secure the Rothwell Park-consigned rising seven-year-old mare, who was sold in foal to Darley stallion Exceed And Excel (Danehill).

Catalogued as Lot 1414, Miss Hufflepuff’s first foal is a weanling filly by Coolmore Stud stallion Pierro (Lonhro) and has a 15 September cover to Exceed And Excel.

“She is an A-plus, glamourous type with a nice early service to Exceed And Excel and Encosta De Lago is the champion broodmare sire in the country at the moment,” Gabbedy told ANZ Bloodstock News.

“She is from an upwardly mobile family and was purchased for Tyreel Stud who are building up a nice collection of broodmares.”

Tyreel Stud owner Linda Monds said Miss Hufflepuff was part of a strategy to increase the number of broodmares at their Hawkesbury Valley property.

“We are increasing our broodmare band with quality physical types that have a page with them,” Monds told ANZ Bloodstock News.

“If the foal is a reflection of what the broodmare shows us then being by Exceed And Excel we will be (able to enter it into any sale in Australia).”