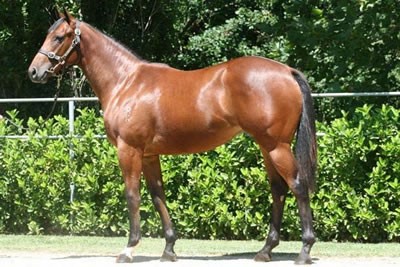 By Holly RossDecember 11, 2014General
No Comments

Exceed and Excel filly Racy won the Won ATC Pro-Ride 2yo Maiden Plate, her first start over 1000m at Warwick Farm on the 10th December.

The 2yo filly was bred by Belmont Bloodstock supporter Graham Daws of Dawson Stud in Perth, Western Australia. She was sold earlier this year at the Gold Coast Magic Millions Yearling Sale through the draft of Newhaven Park for $180,000 to Gary Portelli Racing.

Dawson Stud acquired a package of four mares a couple of years ago which included Saucy Nell who was in foal with Racy at the time. The package deal turned out to be a great investment and also included Maritime; dam of Charlie Boy and Mystically who’s More Than Ready filly sold for $450,000 and the Easter Yearling Sale this year.

Racy is now being aimed at the Magic Millions two year old classic race at the beginning of next year. At the same time her three-quarter brother a colt by Exceed and Excel’s triple Group 1 winning son Helmet will be sold at the Magic Millions Yearling Sale. Her dam Saucy Nell has a colt at foot by another multiple Group 1 winning son of Exceed and Excel in Excelebration and was covered by Sizzling this year.