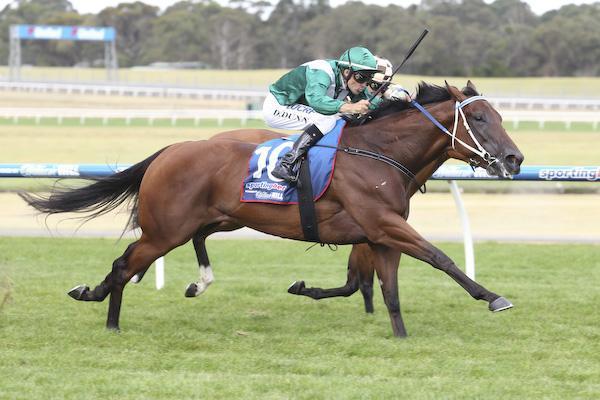 Talented Northern Meteor mare Runway Star took her career total to 4 wins and 2 seconds from 11 starts when she won the Listed Matrice Stakes at Morphetville over 1200m on the 9th of March.

Runway star was purchased from the draft of Widden Stud at the 2012 Inglis Easter Yearling Sale by Belmont Bloodstock for Vinery Stud and a syndicate of owners. Her stunning looks fetched a $300,000 price tag making her the most expensive filly from the first crop of Northern Meteor.

The 4 year old mare who is now trained  by Peter Moody showed a quick turn of foot to speed past her rivals and win by half a length under jockey Glen Boss increasing her prize-money total to  $222,620.

Runway Star is the first foal out of Intuit, a winning stakes placed Commands mare. Intuit has a Sebring filly at foot and a yearling by Sepoy which will be sold by Widden Stud at the Easter Yearling Sale this year. 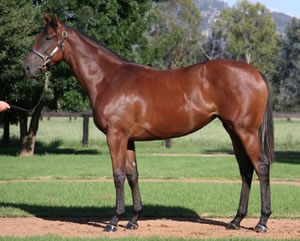 Runway Star pictured as a yearling