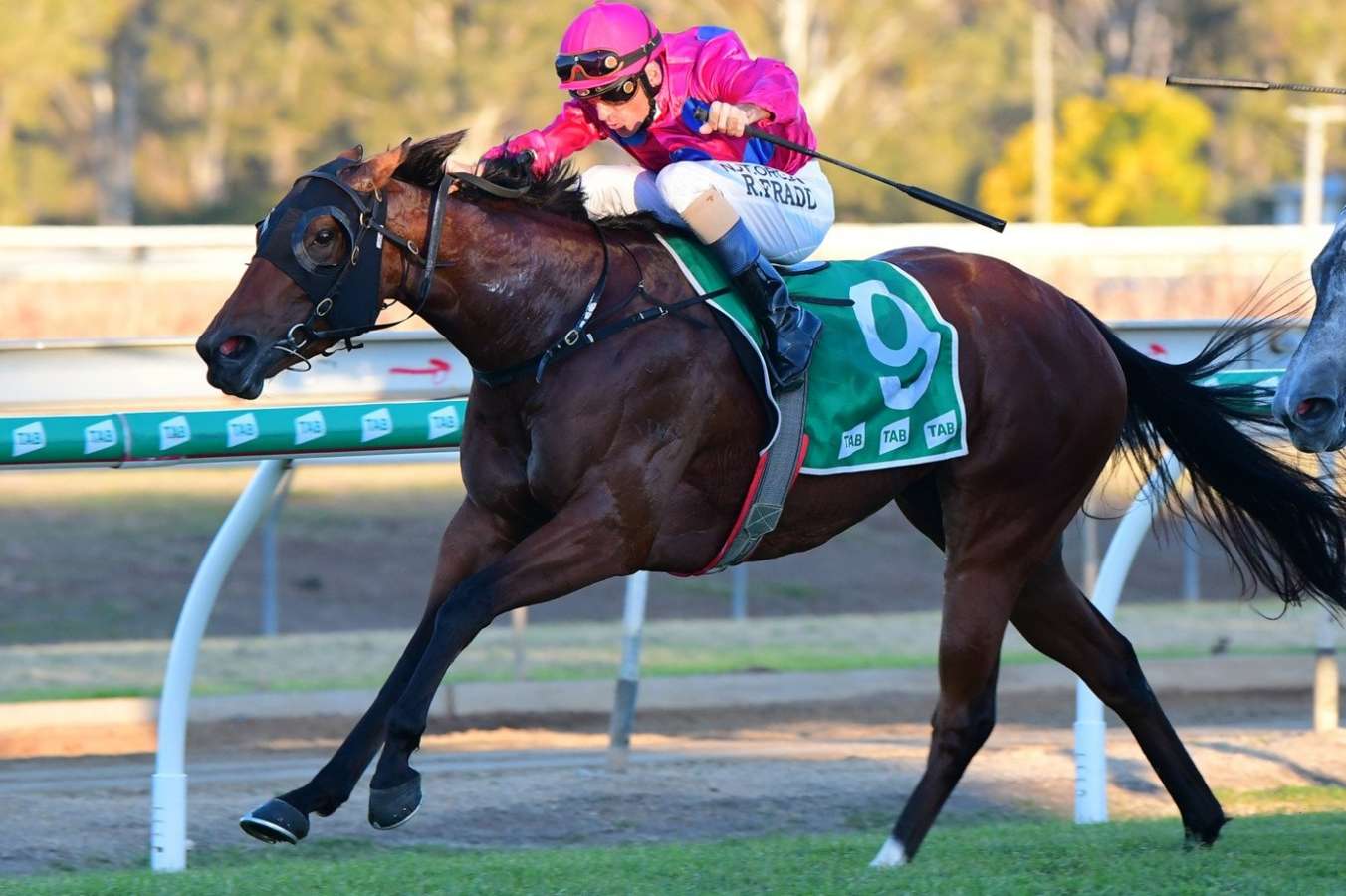 By Lauren DunningJuly 20, 2020General
No Comments

Solar Star (Zoustar) will make her second appearance in the ring at the upcoming Magic Millions Gold Coast National Broodmare Sale, but this time around buyers will have to up the ante to secure the 4-year-old.

Twelve months ago, Solar Star was purchased out of Yarraman Park Stud’s draft by Damon Gabbedy’s Belmont Bloodstock Agency for $105,000 on behalf of John Baxter’s Ruane Stud and events at Ipswich on Saturday have ensured the price will be significantly higher this time around.

Solar Star will be offered as Lot 76 in the Milburn Creek draft and she will be presented as a stakes winner following her dominant victory in the Listed Gai Waterhouse Classic, the eighth win of her career.

“I really have to thank John Baxter, he bought this horse at the Broodmare Sale last year and gave her to us. She’s done a great job, she’s a stakes winner and a bonny mare,” trainer Tony Gollan said.

“She’s hard to get past and she dropped weight from those lower grade races. She loves Ipswich and she’s unbeaten here.

“We brought her here when we first got her and she won. John said just put her in the races you think she can win and get the prizemoney so we poked her through the grades.”

Solar Star has won four races since joining Gollan’s stable and has proved an astute investment for Baxter.

“She’s been a revelation and she will be a really good acquisition for someone in the broodmare barn. She’s beautifully-bred and I love training the breed. She’s a really nice mare and never leaves anything in the locker,” Gollan said.

Solar Star led and forged clear into the straight and was too good for Jami Lady (Spirit Of Boom), and Multaja (Medaglia D’Oro {USA}) arrived from the back for third.

“She gave a really good kick, she was really strong. Robbie rates races beautifully, he’s very experienced and you know they will always give a kick for him,” Gollan said. “Listed results for these mares are worth their weight in gold.”

Solar Star is a daughter of Petty Cury (Not A Single Doubt), who won six races including the G3 Darley Plate and is a half-sister to Rio Fortune (NZ) (Captain Rio {GB}), a dual black-type winner.

We are pumped to see her go back through the ring at Magic Millions and generate a nice result for our clients.

Article: By Paul Vettise for TDN Australia and New Zealand.