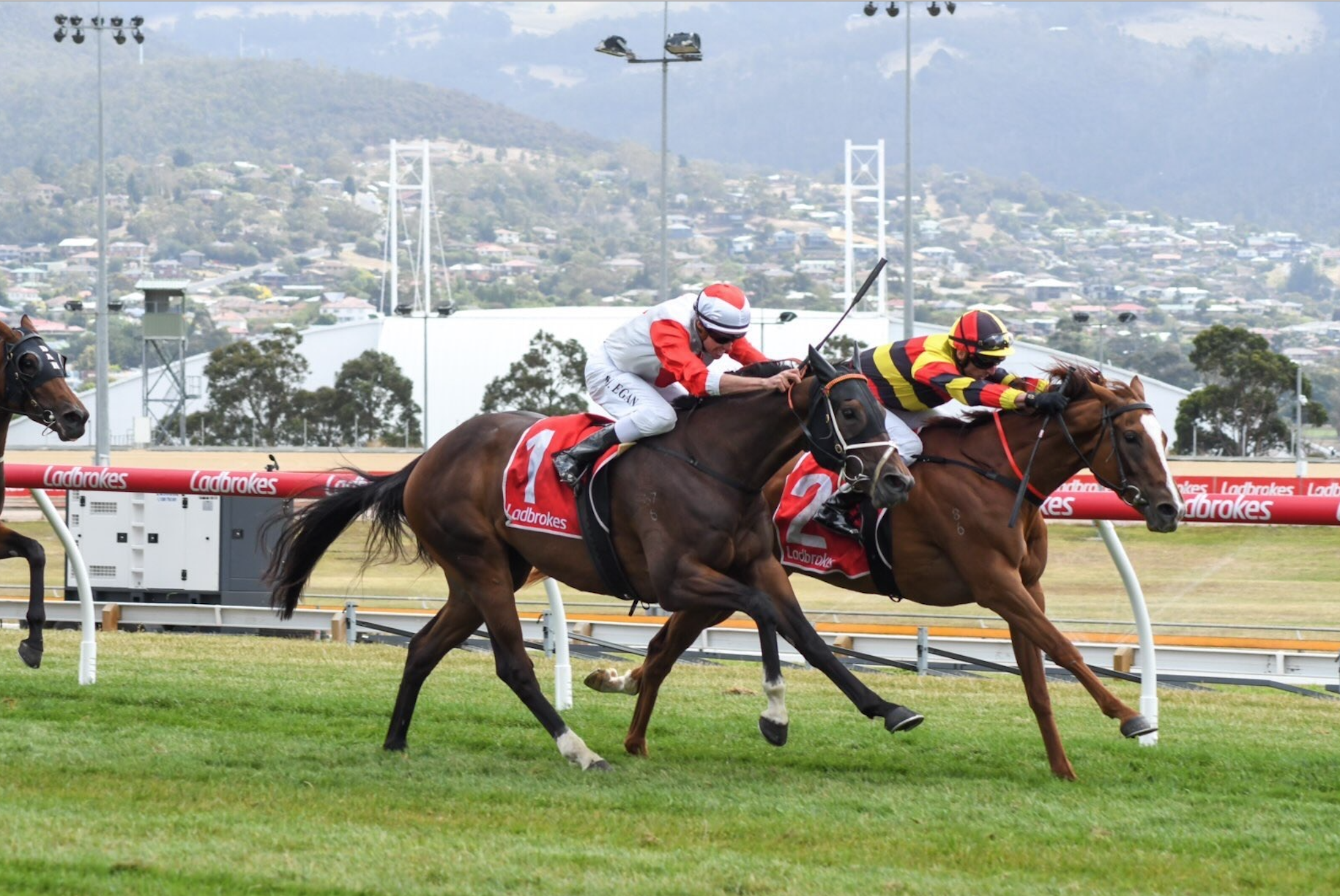 By Lauren DunningFebruary 11, 2020General
No Comments

The three-year-old fillies Still a Star and Mystical Pursuit are building a great rivalry and they took the battle to Hobart on Sunday for the Listed Strutt Stakes over 2100m. Just as she did at her last start in the Launceston Guineas, Still A Star came out victorious, but it was a closely run affair.

A Belmont Bloodstock mating for Catherine Hills of Alva Stud, Still A Star has now made it three Listed wins in a row for Longford trainer Bill Ryan.

Jockey Brendon Mc Coull settled Still A Star on the outside of the pacesetting Sacred Valley and the Tornado (IRE) filly enjoyed a trouble-free passage.

The same could not be said for Billy Egan on the Needs Further filly Mystical Pursuit who was boxed up with nowhere to go. By the time Egan extracted the three-quarter sister to Mystical Journey out of a pocket, Mystical Pursuit stood Still A Star a four-length break on the turn.

Mystical Pursuit charged home to miss by a nose with the Lindsay Park visitor Sacred Valley (Fastnet Rock), picking up some black-type, a further two and a quarter lengths back in third.

Still A Star and Mystical Pursuit go head to head in the final stages of the race.

The Bill Ryan-trained Still A Star advances her record to 6 wins and 5 seconds from 11 starts with earnings of $321,190.

A $13,000 purchase by Monica Ryan out of the Alva Stud draft at the 2018 Magic Millions Tasmanian Yearling Sale, Still A Star is out of the Brisbane winning Casino Prince mare Lita, who is a daughter of the top-class Stravinsky mare Royal Asscher the winner of the Group III MVRC Red Anchor Stakes, Listed VRC Ottawa Stakes and Listed MRC William Crockett Stakes and was third in the Magic Millions 2yo Classic.

Purchased by Alva Stud for $20,000 at the 2015 Inglis Australian Broodmare Sale, Lita missed to Alpine Eagle in 2018 and was covered by Spendthrift Farm’s Bolt D’Oro (USA) last spring.